if you include West’s Batmobile, there are a total of five Batmobiles to grace the silverscreen. among them, Tim Burton’s iteration was perhaps the most awesome, well, that was until Christopher Nolan’s Tumbler came along. never mind if Burton’s Batmobile had impractical written all over it. it was still pretty awesome. but you know, it is one of those things in life that’s never practical to own, unless it is a scale model such as this ridiculously detailed version presented by Cinemaquette, dubbed as Mechanical Batmobile version 2. when we said ‘ridiculously detailed’, it is by no means an exaggeration. it goes beyond what a scale model has to offer, starting with details like removable snout to expose its ‘turbine engine’, slide-open cockpit revealing the cape crusader seated inside, and other intricacies like switch-out grappling hooks for high-speed acute turns, fuel caps, incredibly detail grills and more. 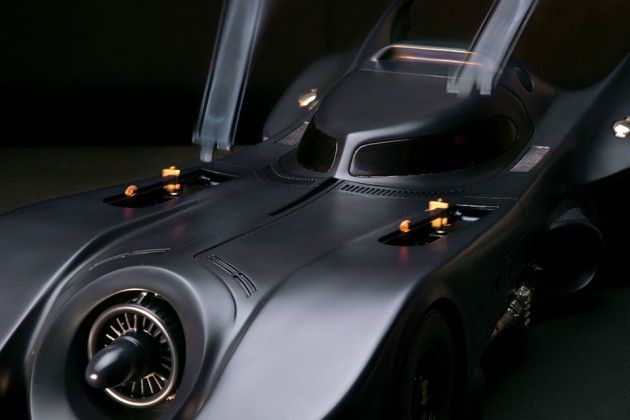 however, the real star of this scale Batmobile is the mechanic features (hence the name, Mechanical Batmobile) which include machine guns that pops from the hood with lights and sound effects, working front and rear lights – activated from a dashboard switch inside the cockpit, and a ‘flaming’ exhaust pipe that spew out smoke and cranked out the sound of turbine engine for added realism. it comes with a remote control for you to control the mechanical effects. the Mechanical 1989 Batmobile is an officially licensed product and it measures a massive 29 inches long by 12 inches wide and stands 6 inches tall. it is limited to just 200 units worldwide, but its asking price of $2,500 means it won’t be flying off the shelves. keep going for a few more look, plus a video of the Mechanical Batmobile in action. 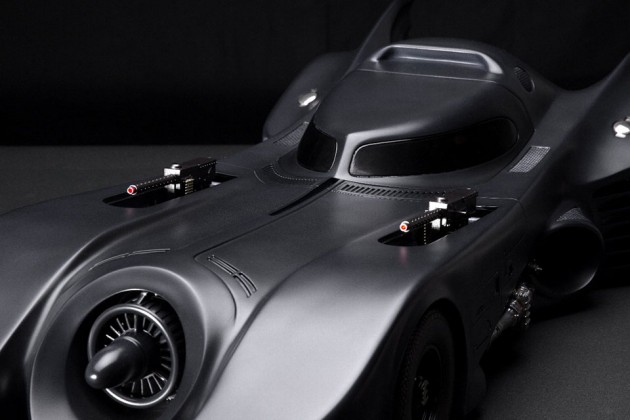 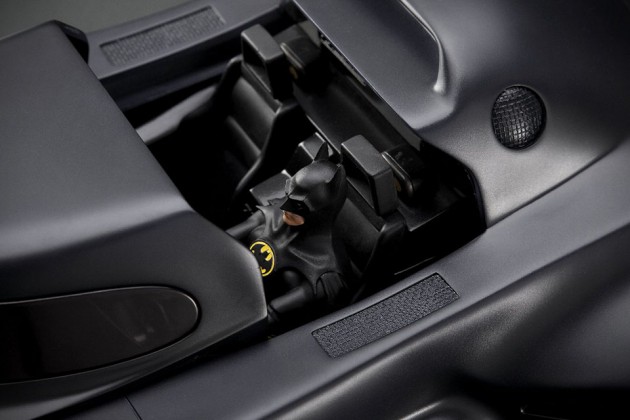 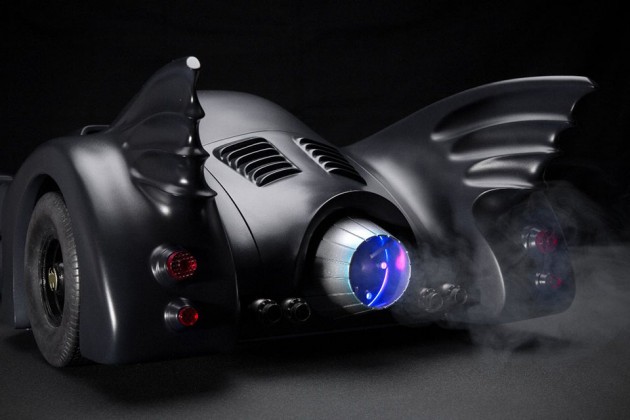 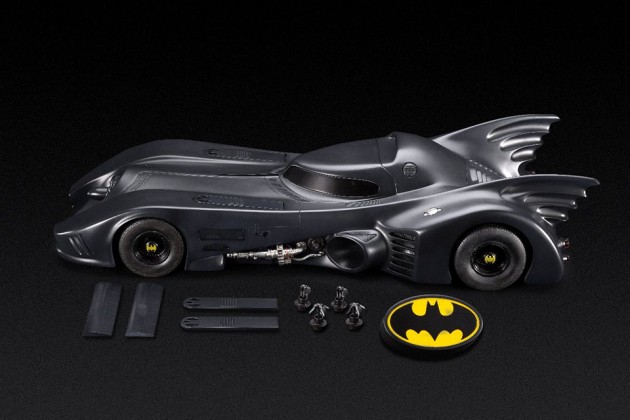