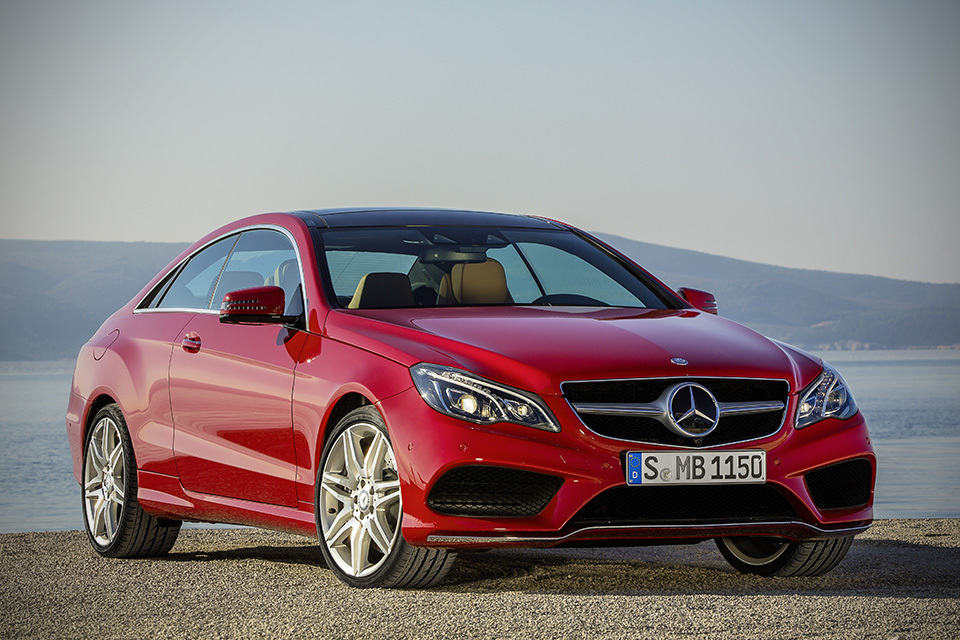 the Mercedes-Benz E-Class has come a long way and the most recent E-Class coupe and cabriolet iteration proves a little more less tame, or should we say more aggressive in every way. starting off with six versions of petrol units which output ranging from 184 hp (135 kW) to 408 hp (300 kW) and three diesel engines with 170 hp (125 kW) to 265 hp (195 kW) on the tap. as for the looks, the pugnacious demeanor of its revised front end is unmistakeable with its steeply sloped front bonnet, large air intakes located on the new V-shape front bumper and slanted headlamps that hold new single-lens LED within, reminiscent of a ferocious glare of an unspeakable beast, waiting to pounce on its unsuspecting victims. granted the output from the range of engines may place them in the supercar domain but they will however, eat up most regular cars for breakfast with ease. if not, the generous equipment level and plush interior should at least keep the driver in the mood for an enjoyable motoring experience. noteworthy features include powerful and yet efficient BlueDIRECT engines, a full suite of assistance systems (“Intelligent drive”) that’s designed for a safer driving for both the driver, the pedestrians and other road users, AGILITY CONTROL suspension system, a redesigned center console that’s void of selector lever, a three-spoke multifunction steering wheel with DIRECT SELECT lever as well as shift paddles and a comprehensive infortainment system that comprises of audio 20 CD radio, a sub-6″ color display, twin-tuner and a CD player. there’s also a USB port available at the center of the armrest while Bluetooth-enabled devices can also paired with the infortainment system. with an eight-page long press release, what we have touched on is merely a tip of the iceberg. it has more, definitely but we shall let the pictures after the break do the talking or learn more HERE.