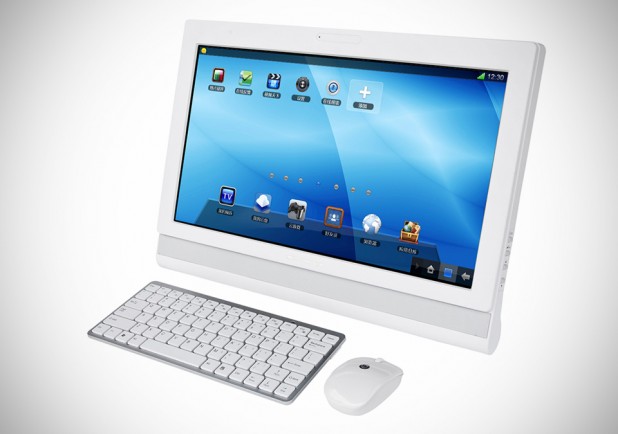 tired of the typical Mac or Windows-flavored computers? then lets hope that this Motorola HMC3260 Cloud Computer made specifically for WASU Digital Group, a China telecommunications service provider, becomes a commercial reality for the rest of the world. however, the HMC3260 is not a desktop computer per say but it is designed to allow WASU’s customers to enjoy a range of cloud-based services provided by WASU, including games, high-definition television programs and movies, web surfing et cetera. regardless, if the machine proves itself to work out for WASU, then we suppose it could be good for the rest of us. though the official Motorola press release did not lay out the detailed specs for this Android-powered Cloud Computer (WASU is calling it the “Cloud Broadband”), Android Central did have some specifications and it include a 18.5-inch LED touchscreen display capable of 1,366 x 768 resolution, a 1GHz Freescale i.MX53 ARM Cortex A8 processor with 1GB of RAM, 4GB NAND flash memory, TV and video client and integration, and broadband internet access via EuroDOCSIS and LAN. however, it will only be powered by Android 2.3.4 Gingerbread. nevertheless, it still something to look out for or should we say, look forward to? click on the above image for larger view.