well, what do you know? Motorola Moto G (sadly, not the X though) has join the likes of HTC, Samsung, Sony, to fill up another spot in the growing Google Play edition stable. and lucky for budget-conscious Android purists, the Motorola Moto G Google Play Edition won’t be any pricer than the Motorola factory item, which means a price tag of $179 for the 8GB and $199 for the 16GB. the real deal sweetener here is of course, the pure, untainted Android KitKat OS. similar to any ‘pure’ Google devices, the main perks include a stock Android UI and of course, software updates direct from the Mountain View folks.

spec-wise, it is still the Moto G you know, with features like a 4.5-inch HD display boasting 329 ppi, a 1.2GHz Qualcomm Snapdragon 400 quad-core processor, 3G radios with HSPA+ support, a 5MP camera that shoots in 4:3 A.R. (or 3.8MP in 16:9 A.R.), a 1.3MP front-facing camera, WiFi and Bluetooth connectivity, a 2,070 mAh lithium-ion battery, plus the usual suspects of sensors including GPS (with GLONASS), accelerometer, compass, ambient light and proximity sensor. the handset is naturally, available as unlocked and contract-free, and can be purchased direct from Google Play. 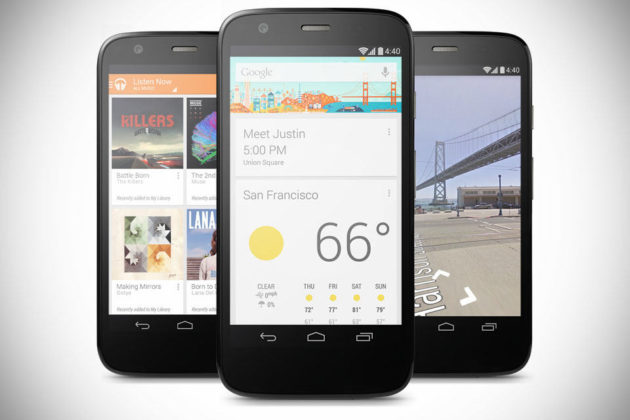