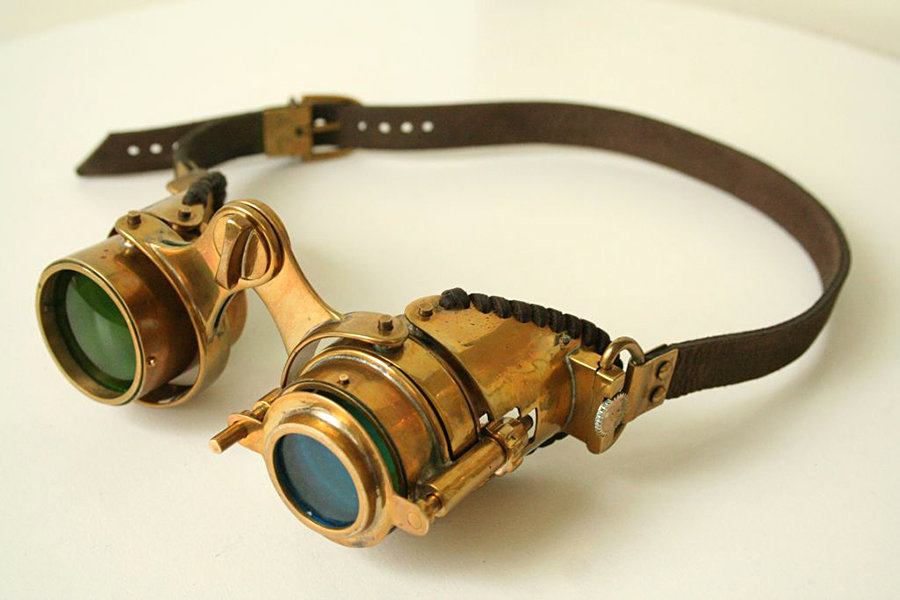 previously we have seen Russian-based artist Gogglerman’s impressive mechanical iris wristwatch and now he’s back with new work of art which we are equally impressed. as his nick suggest, he is a very much a goggles person and naturally he’d present something surround the object of his love. his latest instructables is a pair of steampunk goggles dubbed “N-Axis”. though i got to say there isn’t much go around here except for some awesome images for our adoration. however, if you are an expert craftsman, you could probably head on down his instructables page and check out his pictorial guide on how to create one for yourself. however, i do have to forewarn you that there’s no written instruction but just a series of pictorial guide. in the meantime, blast past the jump and check out a gallery of this brassy goggles called “N-Axis”.
[ad#Google Adsense-text-468×60]