NASA has a new ‘toy’ that could one day change the way we fly or how we deliver small packages, and this new ‘toy’ is the Greased Lightning GL-10 VTOL Drone. NASA did not specifically refer to it as a drone (maybe drone sounds little less friendly?), but as remotely controlled electric plane. The GL-10 is NASA’s take on the military V-22 Osprey Vertical Off and Landing (VTOL) aircraft, which means it is part helicopter, part plane, but this one appears to have no military application in mind. In fact, it aims to be an Unmanned Aerial Vehicle that could be used for “small package delivery or vertical take off and landing, long endurance surveillance for agriculture, mapping and other applications” and maybe even scaled up to make a four-person personal air vehicle, which would be something along the line of Krossblade Aerospace’s SkyCruiser. 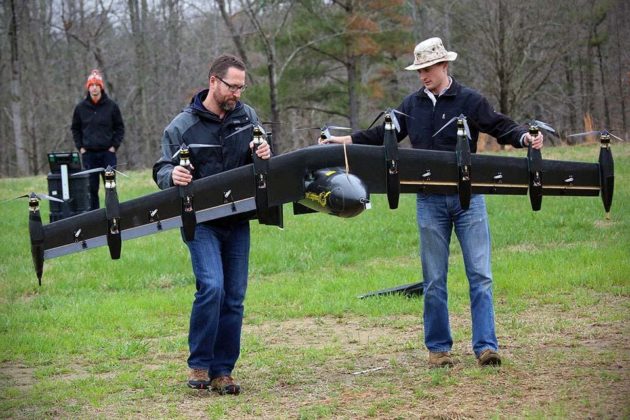 Like the Arizona-based aviation startup’s concept, GL-10 can transition to fly like a helicopter or a plane while in midair. This month, NASA has announced that the GL-10 has, for the first time, successfully morphed from “helicopter” mode to “airplane” mode and vice versa. The forward thrust and lift required to achieve the midair transformation of this ten-foot wingspan aircraft is achieved by ten electric motors, of which four are on each wing and two at the tail section. Logic tells us that by having more rotors, smaller props could be use to maintain the thrust needed to stay in the air while the transformation takes place. More rotors could also mean more ‘refine’ control and probably, attribute less drag when in forward flight.

So far, 12 prototypes were built, including a five-pound (2.3 kg) foam model and a 25-pound (11.3 kg) fiberglass build, plus this 55-pound (24.9 kilograms) carbon fiber version. Moving forward, NASA will confirm the aircraft aerodynamic efficiency, but in the mean time, GL-10 is strutting its stuff over at the Association of Unmanned Vehicles Systems International 2015 conference in Atlanta between May 4 and 7. Keep going for a video to see this bird in action. 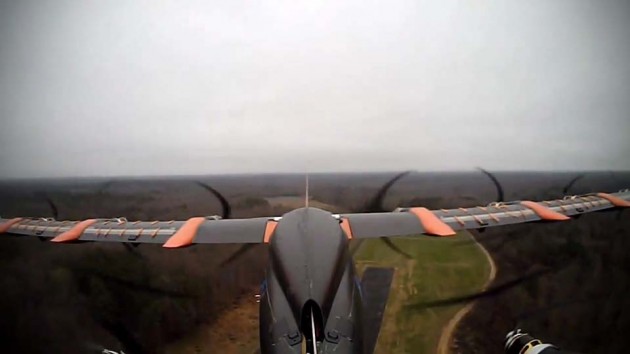