the Nautiz X4 Rugged Computer by Handheld Group may look like a mobile phone and does in fact has 3G radio built-in, but the Swedish firm is referring it as ‘rugged computer’ instead – because that’s what it is. the Nautiz X4 Rugged Computer is a gizmo built for the professionals in the field of warehousing, logistics, utility, field service et cetera, where connectivity, productivity and toughness are essentials. running on Windows Embedded Handheld 6.5 OS, which comes standard with MS Office Mobile, the device is powered by a 1GHz processor, backed by 512MB of system RAM.

it offers 1GB of onboard storage – expandable with microSD card, plus features such as a sunlight-readable 3.5-inch resistive touchscreen, integrated u-blox GPS receiver for professional-grade navigation, built-in WiFi, Bluetooth technology, a 5MP autofocus camera with LED flash, a 4,000 mAh lithium-ion battery and a choice of 1D laser scanner or a 2D imager for scanning and barcoding duties. like all devices from Handheld Group, the Nautiz X4 Rugged Computer is built to IP65 rating for dust and water resistance, and meets stringent MIL-STD-810G military test standards which allows it to shrug off humidity, shock, vibration, drops, salt, as well as extreme temperatures.

the Nautiz X4 Rugged Computer is ready for your acquisition with expected delivery at the end of March. as for price, you will have to touch base with Handheld Group for details. another look after the break. 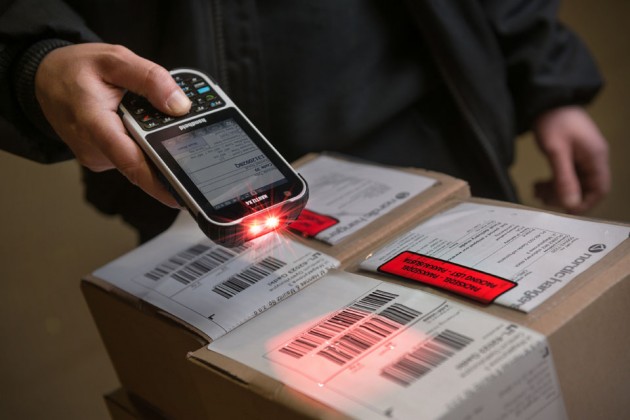