Overwatch fans cosplaying as Reaper Wight will be glad to know that you need not cobble your own Reaper weapon of choice, the Hellfire Shotguns because, Hasbro and Blizzard Entertainment has come together to create one. There’s a caveat to it though: the blaster will only land in 2019 with no specific dates to it. Anyways, the best part about this Overwatch-themed NERF blaster is, it is an officially licensed item, plus the obvious gratification that it can actually shoot – up to 90 feet per second (27 m/s) – unlike certain prop weapons. 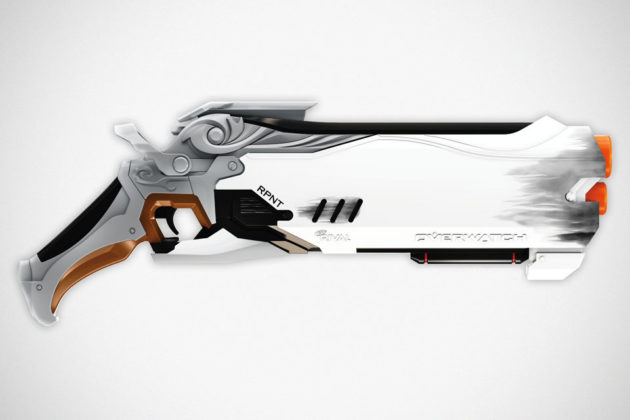 The NERF Rival Overwatch Reaper Wight Edition Blaster, as it is officially called, features a spring-action mechanism, a ready indicator, a safety lock and holds eight NERF Rival rounds. Each NERF Rival rounds will bear the Overwatch logo, specifically colored for each blaster. Sweet. Obviously, it is not going shoot like the in-game shotgun, but given what it is, I guess it likely the closest you can get to the “real-deal.” It is cool that (soon) you can now bring the game out from the digital space and into the real world. That said, if more NERF blasters get the Overwatch treatment, perhaps fans could start a NERF-based Overwatch battle for real. Just a thought there…

It is still too early to put a price yet, but I am quite confident that it will cost quite a bit more than the run-of-the-mill varieties. Hopefully, not by a lot since because completing the Reaper look you will require you to own two NERF Rival Overwatch Reaper Wight Edition Blasters. The announcement was made at the recent Comic-Con International in San Diego and all we have is a lone render o what the NERF blaster will look like. 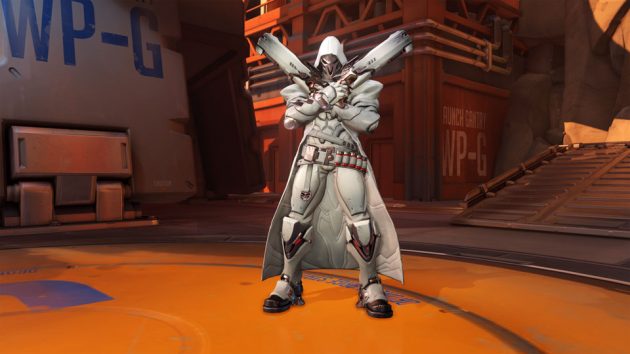