American’s classy sporting outfit maker Ball and Buck has come together with long time American’s sport shoes maker New Balance to create a shoe designed with sporting gentlemen in mind. Two years in the making, the New Balance x Ball and Buck Made In USA 585, as it is called, has special significance as both are American label who are fervent proponents of made in USA goods and thus, not surprisingly, this Ball and Buck iteration of the classic NB 585 is made in the good’ol US of A. We relish this idea, very much. Not that goods made elsewhere isn’t good, but we are wary of possible malpractices and even abuses that contradicts international laws in the name of producing the goods ‘more economically’. But that’s just our point-of-view and you may not necessary agree with us. 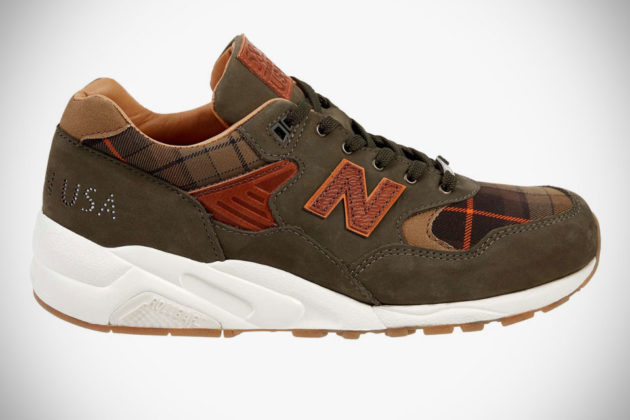 Anyways, unlike some collaborations where one of the collaborators merely lends its name to the footwear, you can really see tangible Ball and Buck elements incorporated into this pair of kicks and beyond the visual appeal offered by Ball and Buck signature plaid, leather, canvas, and classic navy and orange accents, there’s another aspect of this pair of footwear that impresses: it is made tough; it is designed to be worn, used, and abused. In other words, New Balance x Ball and Buck Made In USA 585 is destined for the feet of sporting gentlemen who truly go all the way out, be it for camping, hunting, fishing, or whatever. So no mercy to this pair of kicks cos’ it loves it.

New Balance x Ball and Buck Made In USA 585 made a limited in-store launch today (August 27) at 3PM EST at Ball and Buck’s store in Boston. If you missed it, fret not cos’ there will be a limited online launch on Monday, August 29 at 3PM EST. As for the price, we have absolutely no idea, but one thing for sure, it won’t be cheap. Check out the kicks’ promo video after the break. 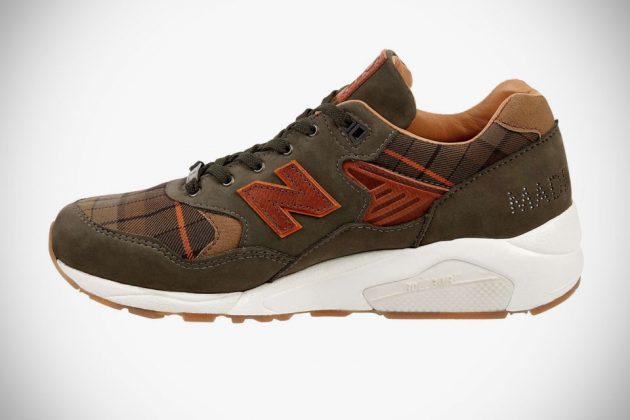 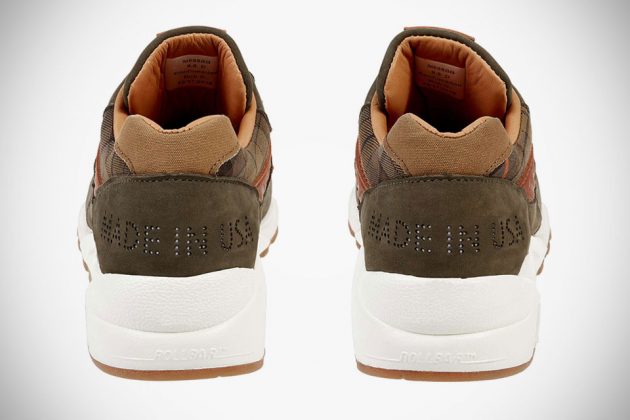 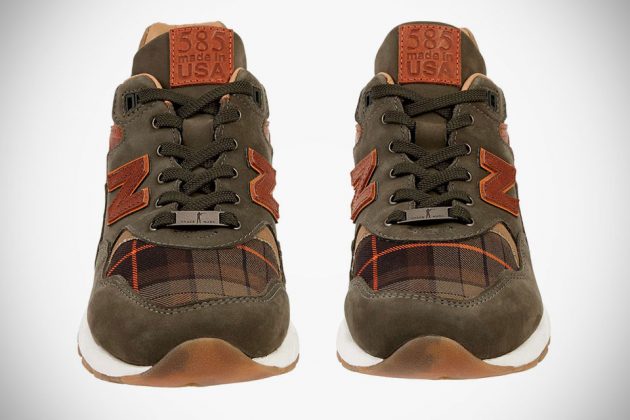 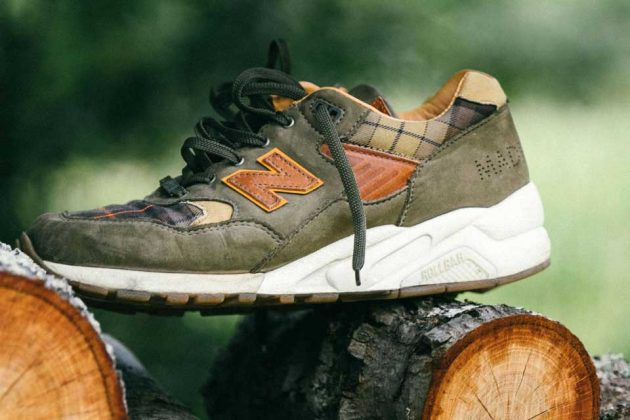 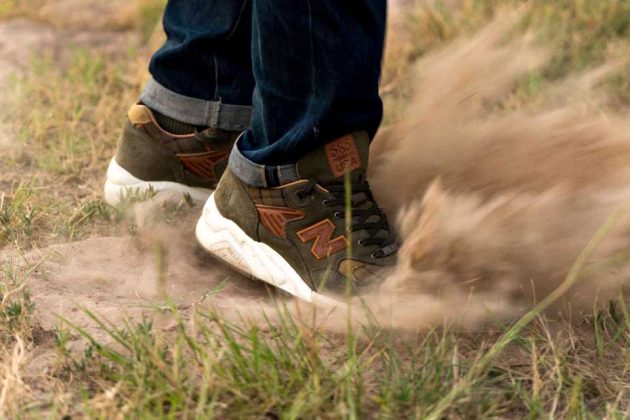 Images courtesy of Ball and Buck.