don’t blame us for posting this late. it won’t make any difference if we were to post it earlier or not – because this pair of Nike Mercurial Vapor IX CX7 Cristiano Ronaldo Edition was sold out in under a minute when it was put up on sale on April 8 at 17:00 GMT. limited to just a hundred pairs, this white/black/gold commemorative shoes features a Ronaldo favored clean white upper with the obligatory Nike swoosh branding across the toe and a striking gold outsole made for the FIFA Ballon’d’Or winner. the shoe was available as Soft Ground (SG) version only and includes finer details like numbered heel that highlight the limited run of this special edition soccer cleat, Cristiano Ronaldo’s signature in gold which shines nicely against the black inner sole, and finally rounding up with large letter of CR7 with a subtle gold accent on the inside of the kicks. 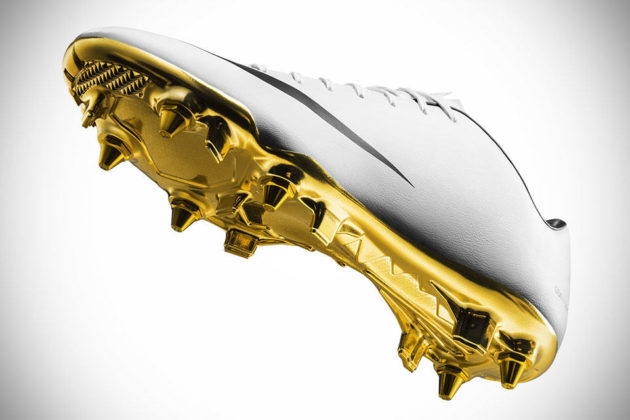 seriously, no self-respecting Cristiano Ronaldo who managed to snag one during the few seconds when it was available would wear this thing; this pair is meant for the display and for die-hard fans, perhaps an addition to their Cristiano Ronaldo Hall of Fame. the pair had a sticker of just $310 and apparently, a few pairs has already found their way to eBay and going for thousands of dollars. those damn profiteers! 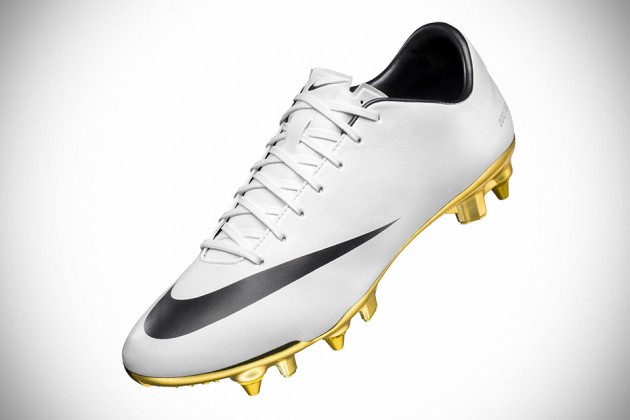 Nike via Hypebeast, with additional updates from Footy Headlines