To be fair, we can’t find any official direct reference to Back to the Future with this pair of kicks, but judging from the design of the Nike SB “McFly” Eric Koston Mid Premium Skateboard Shoes, there is no prize in guessing where this pair of kicks got its inspiration from. Dressed in a special, Back to the Future color (aka “Wolf Grey”) with white midsole and white Swoosh branding, this pair of heel-supporting skateboard footwear has no self-lacing technology, but it does sport identical velcro strap on the front with Nike branding in the same blue as the now iconic boots which Michael J. Fox wears in the second instalment of the time-travelling, sci-fi flick.

As far as reality goes, this is yet another pair that’s the closest you will get to the real-life real deal (that also doesn’t have power lace, btw). This, at least, won’t cost a bomb; it will only cost you mere 75 quid, or about US$112 based on the current going rate. Unfortunately, it looks like this pair isn’t available in Stateside or anywhere else.

P.S. Yes. It is otherwise a regular skateboard shoes and doesn’t cost a bomb, but still, you wouldn’t want to ruin it with ollies, would you? Just saying… 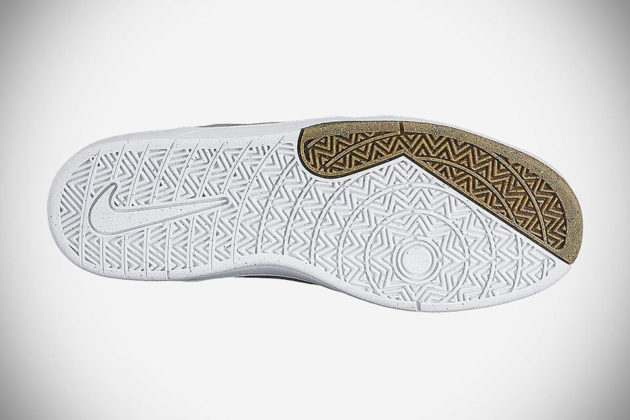 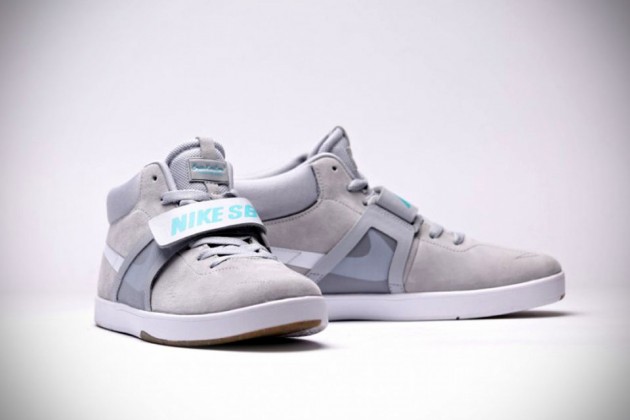 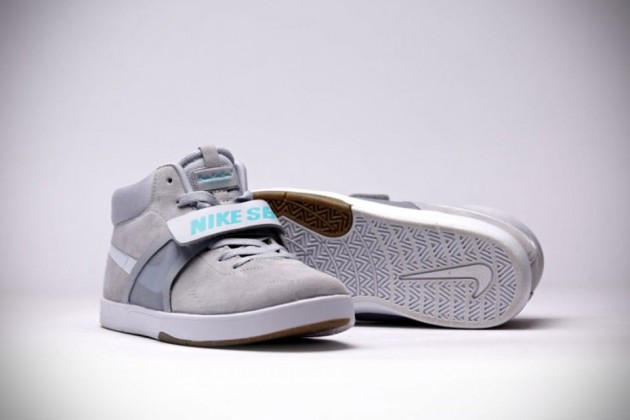 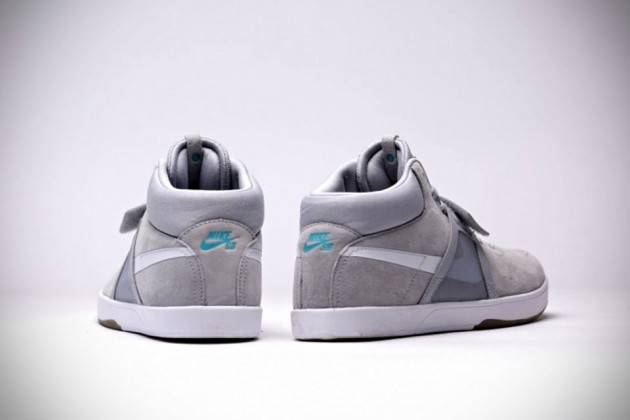