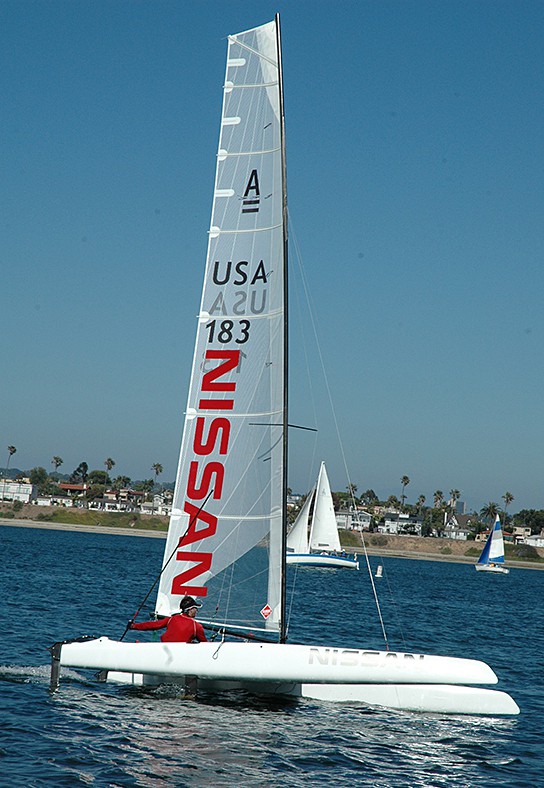 yup, you did not hear wrongly. Nissan Design America has designed a Class A catamaran, i.e. a one-man operation catamaran, that is destined to compete in the 2011 Class A Catamaran (A-Cat) World Championship from the August 13 to 20 in Skødstrup, Denmark. incidentally, the man that will be at the helm is also the design-lead for this Nissan Catamaran project and that man is Matt Struble, the 2009 Ice Boating World Champion and current holder of the A-Cat U.S. Champion. Matt is currently the Model Realization Lead for Nissan and Infiniti products. the catamaran’s composite structure was designed and built entirely in-house, and it proves that Nissan is equally capable in designing sea flaring vehicles. the Nissan catamaran is the latest non-auto design and development project by San Diego-based Nissan Design America.
[ad#Google Adsense-text-468×60]