HMD Global, the Finnish company that bought part of the rights to design and market Nokia phones from Microsoft, has been quite about the company first-ever flagship device, Nokia 8, but this being the Internet, words tend to get around pretty fast and so, here it is, the so-called first look of the Nokia 8 (more like leaks, really). Also, and naturally, it will be an Android device which will run on Android 7.0 and as the images suggests, it will be touting a dual-lens setup from Zeiss optics. Zeiss optics should not come as a surprise since earlier this month, HMD Global and Zeiss did announced to put the optic maker’s ware on Nokia phones moving forward. 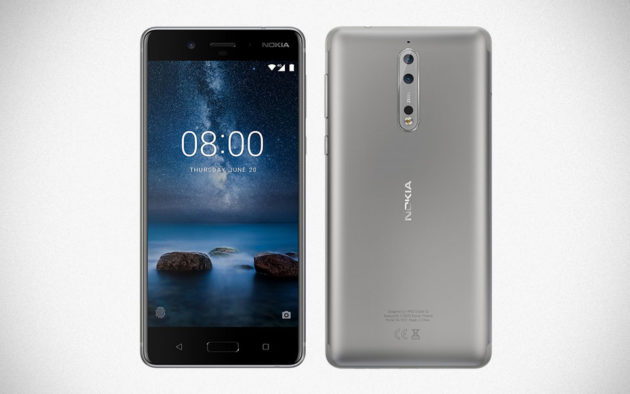 According to Nokia Power User, HMD Global inaugural flagship will be powered by Snapdragon 835, with 4GB RAM and 64 GB storage. Fronting the device is a 5.3-inch QHD display while imaging is the duty of a 13MP dual-lens from Zeiss around the back and a 13MP front-facing shooter. Finally, expect this device to get dual-SIM and microSD card support. The latter is almost always the case because the expandable storage usually doubles up as a SIM tray. Zeiss may be a clue as to what HMD Global is banking on, but perhaps more interestingly, an even more recent leak suggest a super cool copper model in flesh, complete with the Zeiss branding on the dual-lens setup.

However, this being a leak, we should take it with a pinch of salt. Then again, looking what today’s smartphones have to offer, it shouldn’t stray a lot from these leaked details. Words are not out on when HMD Global will be officially announce the Nokia 8, though it is rumored that it will cost “around EUR 599” in EU markets, and “around $599” in the U.S.