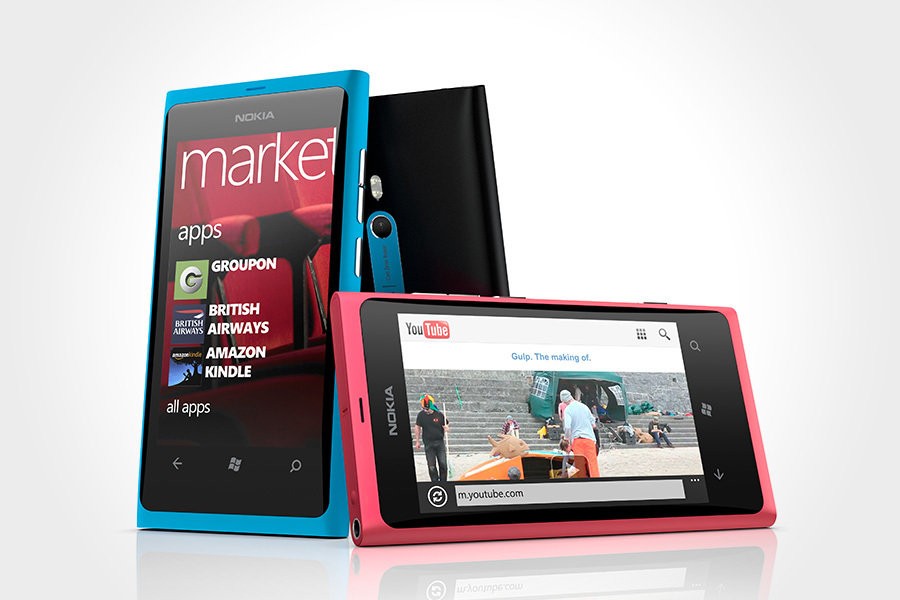 finally, Nokia has unveiled its first pair of Windows Phone – the Lumia 800 and the Lumia 710 – after announcing its long overdue decision of ditching its homegrown OS in favor of Microsoft Windows Phone some months ago. frankly, Nokia is now know more for simple phones that most senior citizens would prefer and not so much of a smartphone company. anyway, here they are, the phones that everyone (or not) is waiting to see. common features to both handsets include Microsoft’s Windows Phone 7.5 aka Mango, 1.4 GHz Qualcomm processor, and connectivity such as WiFi, Bluetooth 2.1+ EDR, microUSB, GPS/aGPS and 3.5 mm audio jack. both phones are also blessed with two microphones and host of sensors like 3D accelerometer, proximity sensor, magnetometer sensor, and ambient light sensor.
[ad#Google Adsense-text-468×60]

aesthetically, the Lumia 800 has an uncanny resemblance to the short live N9 with a one-piece construction design. its main features include a 3.7-inch AMOLED ClearBlack curved touchscreen display, and a 8.0-megapixels main camera that boast Carl Zeiss optics. like most of today’s smartphone, the Lumia 800 uses micro SIM and will also come packed with a scant number of Nokia proprietary applications such as the Nokia Maps, Nokia Drive and Nokia Music. user will have 16 GB of onboard storage to play with but however, microSD slot has been omitted. if that’s not enough, the Lumia 800 comes with 25 GB of Microsoft’s SkyDrive cloud storage but that space is only usable for pictures and music contents. the Lumia 800 is slated for release this November in France, Germany, Italy, the Netherlands, Spain and the UK, while countries like Hong Kong, India, Russia, Singapore and Taiwan will have their hands on Nokia’s first Windows Phone by the end of the year. other markets are expected to receive this phone sometime in early 2012. pricing is naturally, carrier dependent. 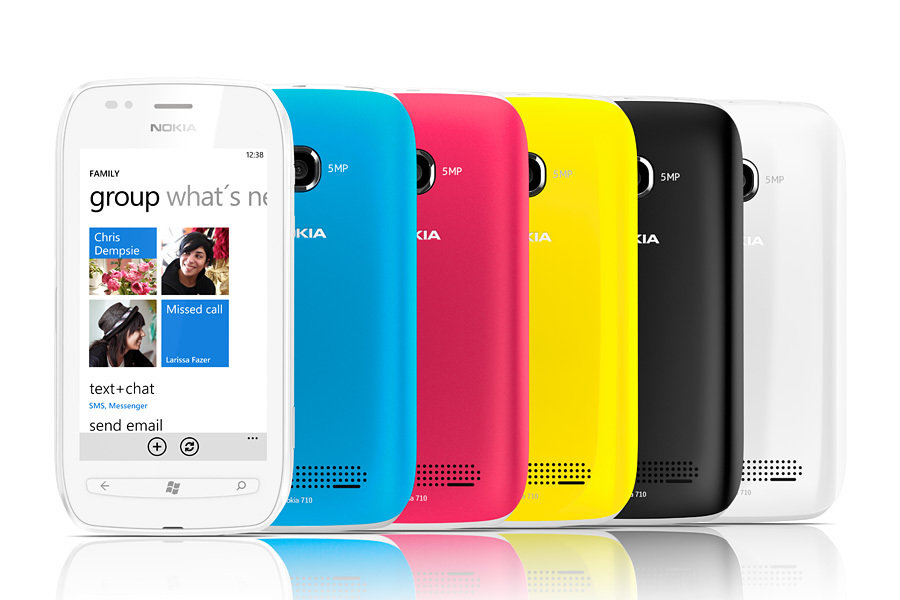 the Lumia 710, on the hand, looks to be an entry level smartphone and takes on a less serious aesthetic appearance. the phone features a 3.7-inch TFT ClearBack touchscreen, a 5.0-megapixels camera with flash, HD 720p video capability, and a modest 8 GB of onboard storage. the 710 also brings back changeable cover to mobile handset, though this time round, only the back cover is changeable. similarly, it does not have slot for microSD card, so i guess any additional storage required will have to go through the cloud way. basically, what i see is both phones are essentially the same, hence it all comes down to pricing and the aesthetic preference that would determine who will get what. so will this Windows Phone route do the ailing company any good? i guess only time will tell.