What do you think of the future? Robots with A.I. roaming the streets? Drones dropping packages to your home? Or humans downloading new skills directly into their brains? My take is, those are inevitable, but one company thinks the future lies in the food, or dog food, to be precise. The company, Birdnip, has developed the next-generation of vitamins and supplements for dogs that will make dogs more capable. In other words, Birdnip wants to biohack your canine friend; to make it smarter. Called Nootrodog, it is the world’s first nootropic specifically designed for dogs. 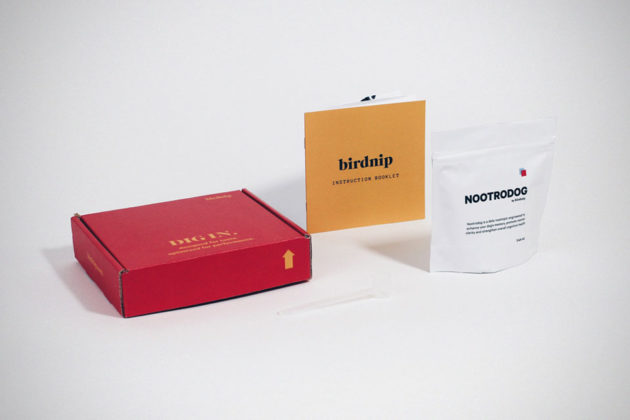 For the uninitiated, nootropic is “smart drug” that will enhance memory and other cognitive functions. So, not surprisingly, Nootrodog is going to boost fido’s memory, promote mental clarity and strengthen overall cognitive health. How effective it is for your trusted four-legged companion, remains to be seen, but I am obliged to think that, if it works, evolution with the help of substance like Nootrodog dogs, we could be seeing dogs driving cars or flying aircraft. Who knows?

Or perhaps, they would one day collaborate with pigs, chickens and goats to overthrow humans and declare “four legs good, two legs bad”? Yikes. Anyways, the future is here and if want this future for fido, you can get it today over at Birdnip website. A month supply will run you back at $27-49, depending of how big is your dog. Or you could save yourself a few bucks by going on a subscription package. Your choice.

NOW READ  New Tech That Will Change Our Behaviors