This is one for the fashion-forward, style-conscious OnePlus aficionados. OnePlus has come together with Moroccan-born French artist/fashion designer Jean-Charles de Castelbajac to add a touch of class to the handset maker’s current flagship, OnePlus 5. Referred to as the “Callection,” the OnePlus 5 JCC+ limited edition Android phone features colored hardware buttons in Castelbajac’s signature colors: blue, yellow and red, as well as “inspiring manifesto” etched on the phone’s back. In addition to the unique aesthetic touches on the hardware, the OnePlus x Castelbajac OnePlus 5 device also comes packed with 10 exclusive wallpapers hand drawn by the artist/fashion designer, plus “a few other surprises” which the company will leave it to you to discover. 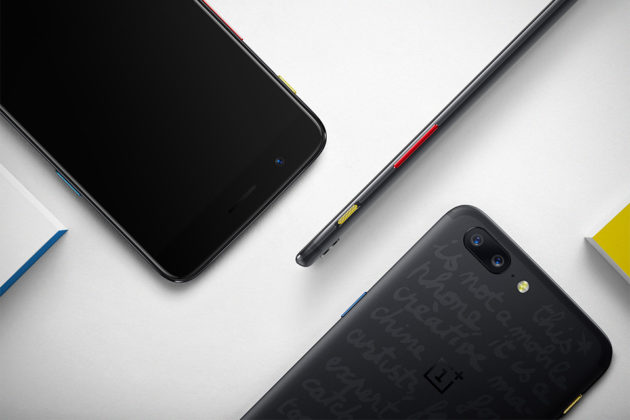 As expected of such collaboration, the guest designer’s contributions is limited to ‘design touches’ (i.e. aesthetic). That being said, beyond the artistic flair, it is the OnePlus 5 you have come to know, which means you can expect the current range-topping SoC, a Qualcomm Snapdragon 835 chip, 8GB RAM, and 128 GB internal storage, et cetera. The OnePlus 5 JCC+ will go on sale first in Paris on September 22. Speaking of which, there will be a pop-up event on the same day at 11AM Paris time, at Colette Paris store to mark the release of this collaborative device. Following the Paris availability, OnePlus 5 JCC+ will be made available to the rest of the EU market starting October 2, 2017. But before you jump into it, you ought to know this Castelbajac-touched OnePlus 5 does not come cheap. 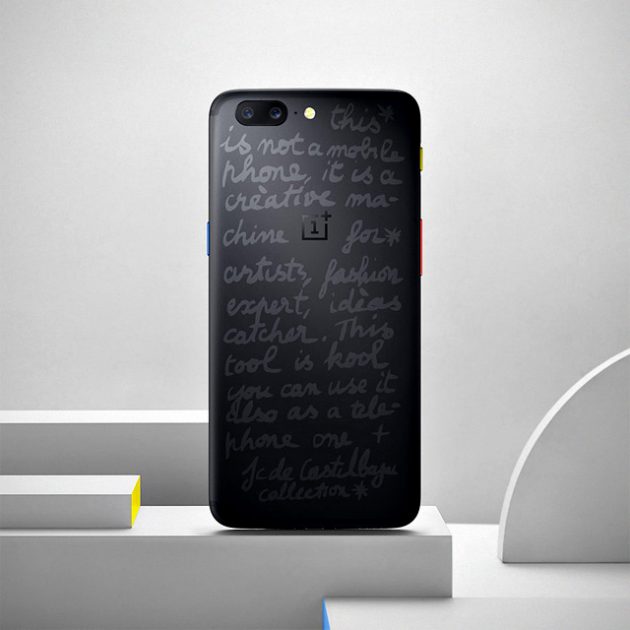 With an asking price of 559 euros/499 English pounds (about US$663), it is more than a hundred bucks dearer than the standard version announced this Summer. Along with the special collab Android phone, OnePlus is also pushing out some Castelbajac merchandises, including holsters, bags, caps, and t-shirts – some of which are already available online on OnePlus website. No words if those products are available on Colette or not. My bet is, they will be. 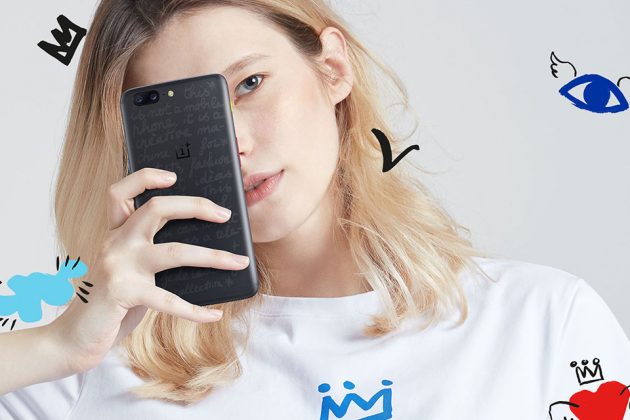 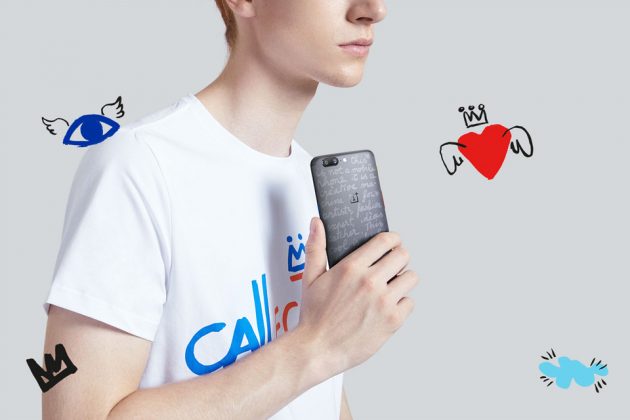