As if cuckoo clock itself isn’t spooky enough, the guys at Bradford Exchange has made it even more spookier with an iteration based on Tim Burton’s The Nightmare Before Christmas. So, yeah. What you have here is a Tim Burton’s The Nightmare Before Christmas cuckoo clock, officially licensed, of course, and you know what I think? I think the marriage between the celebrated creepy animation and cuckoo clock is a match made in the deepest pit of hell. Which means, it made for the perfect addition to your Halloween decor. I see no other way of recreating a spookier atmosphere than having a clock playing back This is Halloween, accompanied by Zero, Jack’s faithful ghost dog, popping in and out of the doors atop of the Town Hall at every strike of the hour. 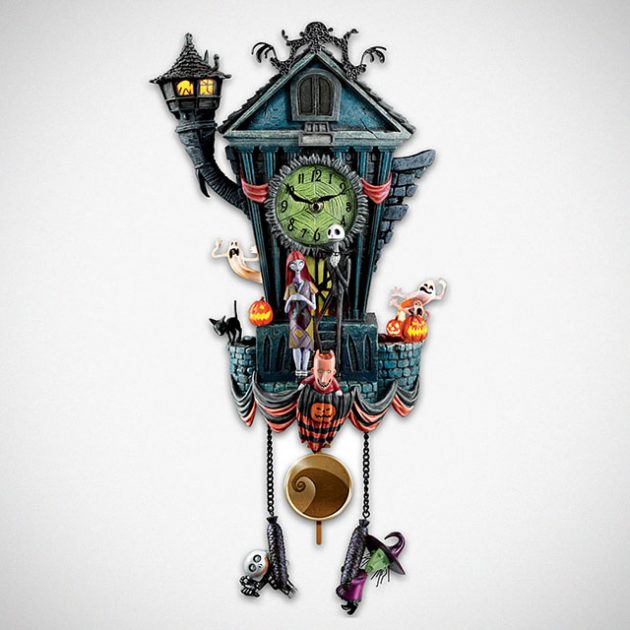 With the music and Zero in the act, it just relegates the traditional cuckoo to being the old and so not spooky. In addition, you get the entire setup, comprising the Halloween Town and its creepy denizens like Jack Skellington, Sally, Lock, Shock and Barrel – all beautifully hand-sculpted and hand-painted. The details are nothing less than intricate which is only made even more fantastical (and spookier) by the light up effects it has to offer. So, yup, it has lights too! With a flip of a switch, witness the entire clock comes to life with light illuminating from the windows of Jack’s Tower, and the ghosts and pumpkins on each side of the clock.

It might be a cuckoo clock, but it shares the same fanastical, spooky charm of the animated feature and the best part is, you can actually own it for $219.95 a pop. 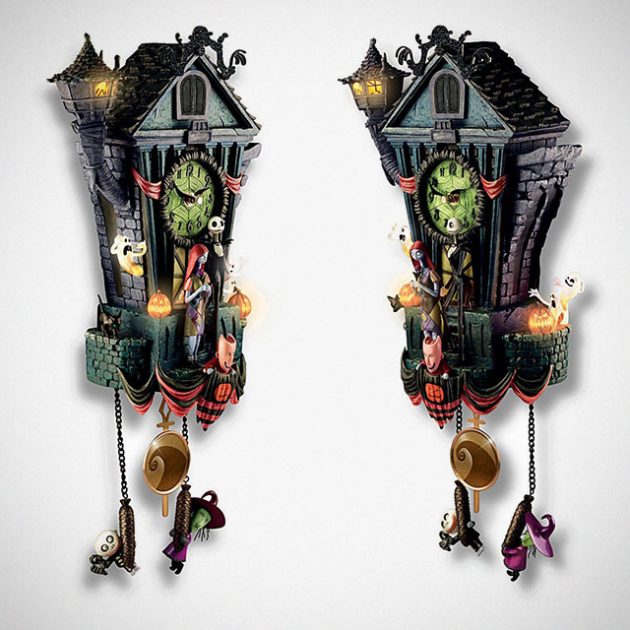 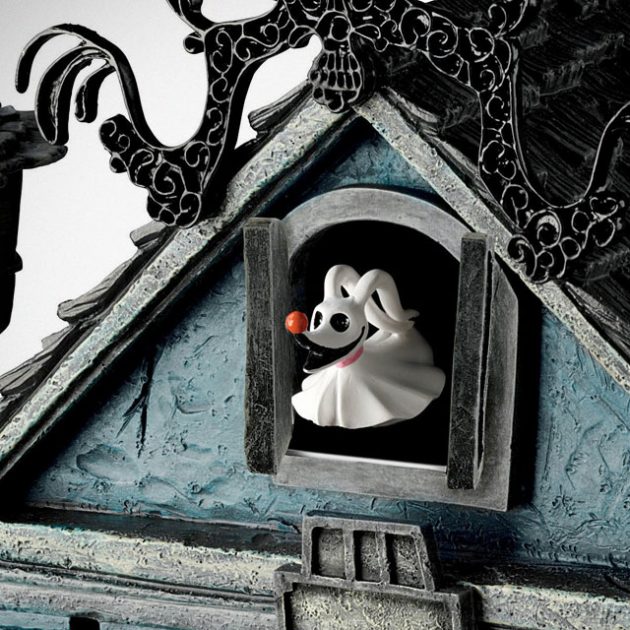 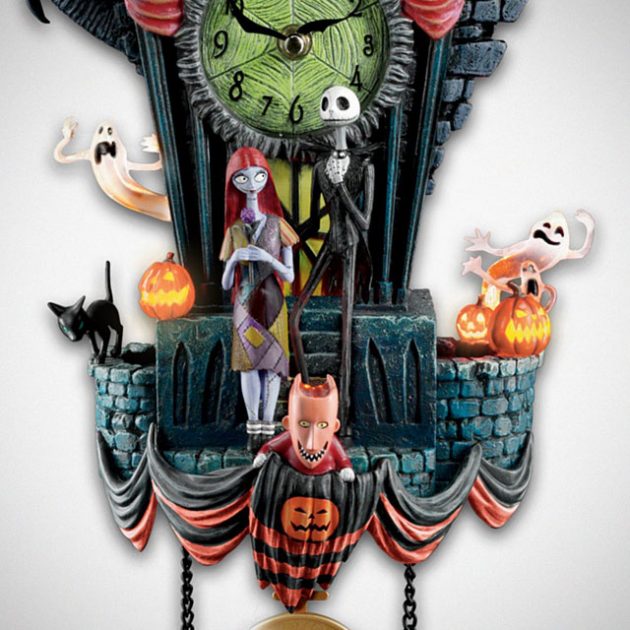 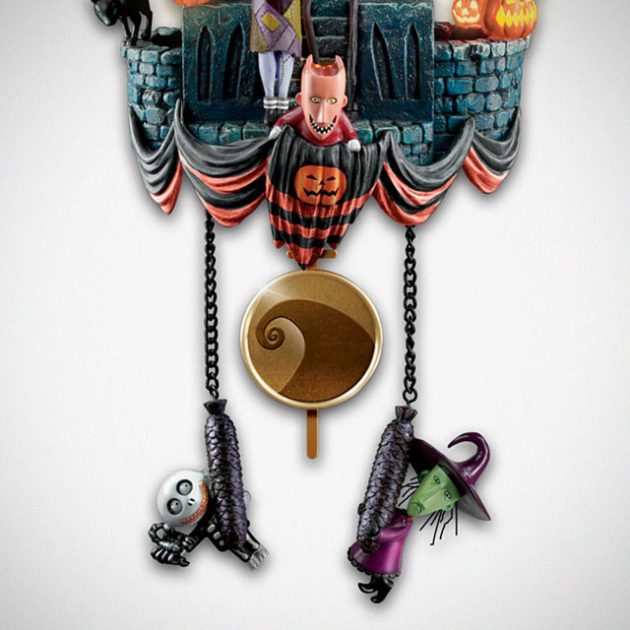