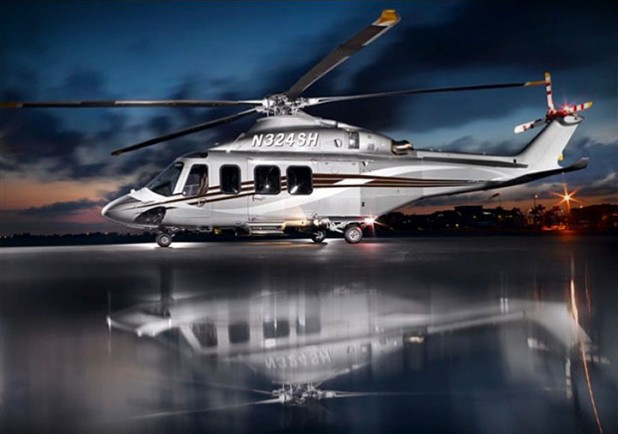 Italian coach builder Pininfarina is no stranger to the world of automotive and its name is often synonymous with the epitome of luxury and design excellence. so you will expect the same refinement whatever the Italian automotive designer have their hands on. one such example is the Pininfarina Edition Agusta AW139 Helicopter. to be fair, the twin Pratt & Whitney PT6C-67C powered, five-rotor Agusta Westland AW139 isn’t the newest of new aircraft but with an interior souped by the legendary Italian firm, you can expect nothing less than the ultimate in luxury and style. this special edition chopper features a 9-passenger seating capacity including two executive VVIP seats and three removable jump seats, wrapped in supple leather, a unique insulated cabin, a full bulkhead separating the cockpit from the cabin area, an Open Mike System for communication between cockpit and the cabin, custom made refreshment cabinet, an electrically operated limo window with both clear and covered panels, two zone climate control, and an in-flight entertainment comprising of two 15-inch monitors, CD/DVD/satellite radio/satellite/iPod capability, operated via touch screen controller, eight speakers with woofer sound system, and six headsets located in primary cabin seats. other operational features include luxe-up, adjustable pilot/co-pilot seats, heated glass windshield, heads-up check list and pax briefing system, Sagem ICDS-10 multifunction display, Honeywell EPIC flight management system for GPS, Sagem Moving Map and among the many others. the Pininfarina Edition Agusta AW139 Helicopter is market through Aero Toy Store for an undisclosed amount. click through for a few more look.