when Apple CarPlay was announced, fans have mixed reactions. on one hand, they rejoice at the availability of the familiar OS adapted for in-car infotainment and on the other, it appears that such luxury will only be accessible if you buy a spanking new ride. and to add insult to injury – not every damn cars will have them. clearly, buying a new set of wheels is not within the reach of many, but despite the darkness there is a glimmer of hope for those we really wants CarPlay integration with their existing automobile, cos’ Pioneer car audio arm’s NEX in-dash system is the aftermarket solution to address this. so you can save tens of thousands of dollars and instead, pay between $700 and $1,400 for its NEX In-Dash Head Units that boasts CarPlay compatibility, well.. actually not quite yet, at least not right away.

the CarPlay compatibility will only available through a firmware update slated in “early summer,” but the good news is, if you already have one of the five NEX line of in-dash head units, you will be able to enjoy CarPlay for free. if you don’t already have any of the five NEX in-dash system, forking out $700-$1,400 is still considerably cheaper than changing car. the NEX will offer what Apple has advertised for CarPlay, which includes the use of Apple Maps for navigation, harnessing Siri’s power to make calls and send text messages – all with your hands still on the helm and of course, listen to music and iTunes content. it sure sounds good to us – there’s just one catch though: connection is established with your iPhone 5/5c/5s via cable, which might be a problem if you absolutely can’t stand cable clutter in your car. however, routing the cable to the glove box might be a solution worth exploring. 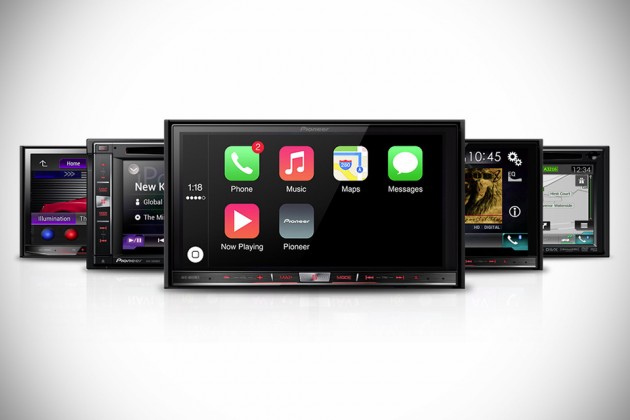