The strongest selling point of Motorola Moto Z2, like the original Z, is its modularity. You can add attachments to the back of the device to turn it into a portable speaker, a 360 camera, a portable gaming device, a projector, a camera with True zoom, and now, an instant photo printer and it has the Polaroid insta-share Printer Moto Mod to thank. 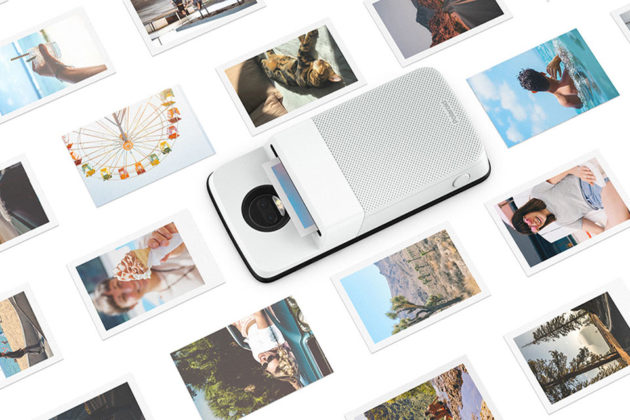 With the Polaroid insta-share Printer Moto Mod slapped on your Moto Z2’s back, lets you do pretty much what today’s photo printer can do, including instant photo print, and adding filters, borders and designs to the photos. You are not limited to the photos on your phone though; but can also print your favorite photos that are uploaded to Facebook, Instagram and Google Photos too.

It prints Zink Zero-Ink Paper, so there’s no need to worry about ink cartridges because, it has none. But lets face it, the idea of slapping on a printer on the back of a phone isn’t the new. The biggest selling point of the Polaroid insta-share Printer Moto Mod is, it is a Polaroid. 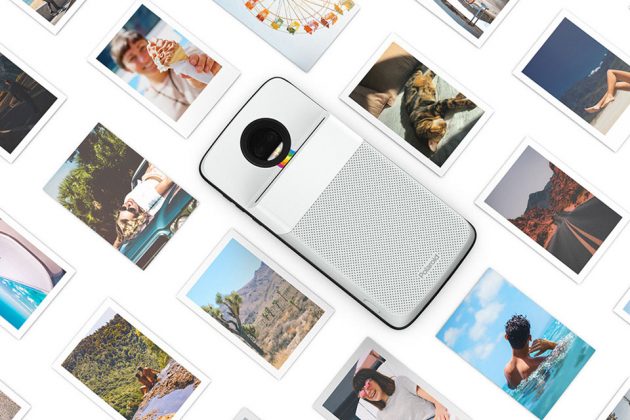 As such, the design pretty much stays true to the Polaroid design language, featuring an off-white colorway (there’s a black version too, but it is not as Polaroid as the white) on a smooth, ergonomic case that’s only a tad larger than some cases out there. But, of course, it is way thicker in this instant, but hey, it is a printer on its back, is it not?

Damn, this thing looks so pretty darn awesome that I’d buy this in an instant if I had a Moto Z2. Honest words. I swear. But I have admit, it is kind of pricey at $199.99 per unit. 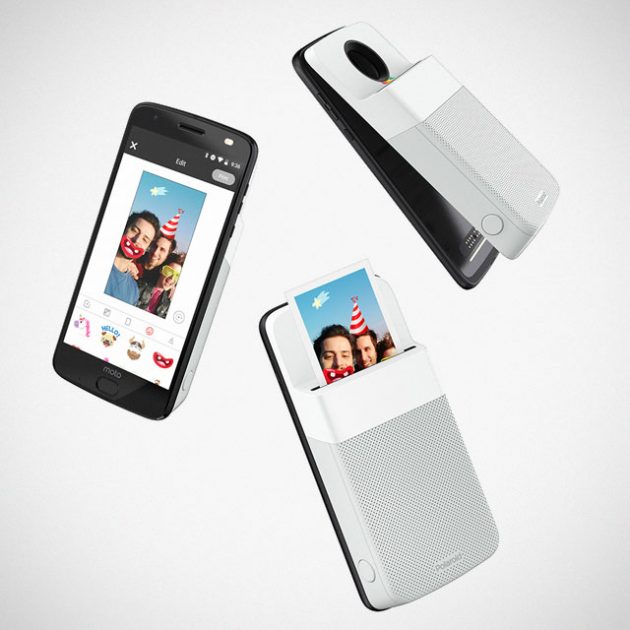 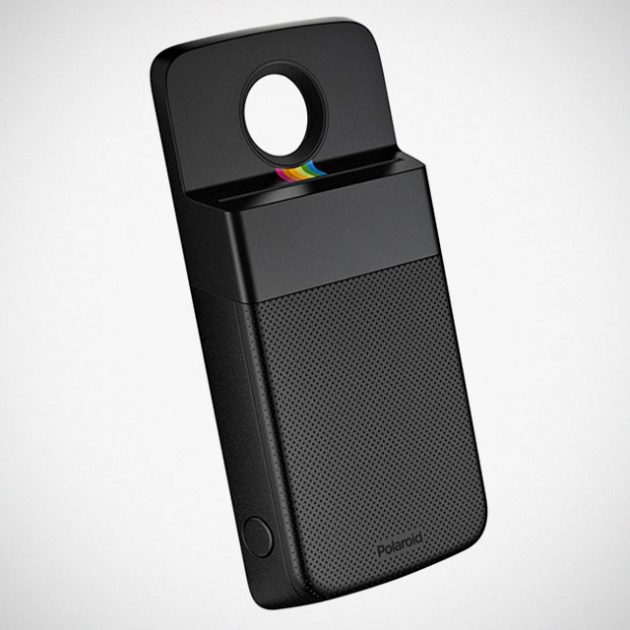