gaming and audiophile don’t often go hand-in-hand, but since last year, Polk Audio has managed to marry the two with three console gaming audio solutions and at this year’s E3, it has another to offer: the Polk Audio Striker Gaming Headset. designed with Xbox One in mind, the Striker features Polk’s Dynamic Balance driver technology for wider and more impressive frequency range that promised “sharp details and no hints of strain or resonances” and doing so at an amazing price point of under 90 bucks. with the Striker, you can expect two things synonymous with Polk Audio: awesome sound and stylish hardware design. key features include ProFit Comfort system earcups, built-in boom mic with flexible and retractable extension, and 46-inch cable with strain-relief connector.

the Striker Gaming Headset also comes with a wireless adapter specially developed for improving sound and chat performance. this wireless adapter plugs directly into your Xbox One controller and connects wirelessly to the Xbox One console, providing you with complete control of chat and volume right from the Xbox One controller. well, it might not be a wireless headset as much as we would love it to be, but that nifty adapter should add some pretty serious convenience as far as adjustment of volume in the heat of the battle is concerned. the Polk Audio Striker Gaming Headset comes in three colorways: black, grey/blue and white/orange combo and is slated to be available in October. if you happen to be scouring the E3 floor, you can find this beauty on display at Polk’s E3 booth #4012. 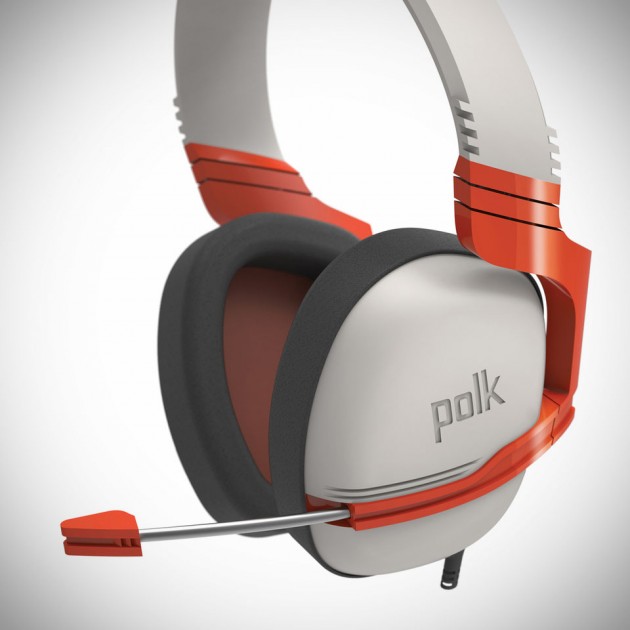