Have you wonder why the comic characters from our childhood like Garfield, Tin Tin, Charlie Brown, Snoopy, and the superheroes et cetera, never seem to grow old while we do? So you noticed that too, huh? And if you did, have you imagined what those characters will look like now by human age? Man, the good’ol Charlie would be 68 in real human years and certainly won’t look like he did when we were kids. Probably most of us have thought about the age issue at some point in time and so does artist Max Dunbar. Not did he think about the age issue, he reimagined how Charlie Brown and his mindlessly happy pet dog Snoopy would like as post-apocalyptic survivors. The result? A mind-blowing illustration that depict Charlie as a grubby grown man, complete with weapon (looks like a WWII M1 Garand semi-automatic rifle to me) and a backpack, presumably packed with necessity for survival. Snoopy, of course, is a grown dog with the iconic pilot goggles.

Max Dunbar did it without colors. The final colorized version you see here is inked by another artist Vitali Lakovlev and colored by Sean Ellery. Apparently, Max wasn’t the first to depict Charlie as post-apocalyptic survivors. Max noted in his Deviant Art page that there was a graphic novel by Jason Yungbluth called “Weapon Brown” that has already done so. But Jason’s iteration is a little more, well, violent and sci-fi-isn in which it features Charlie as cyborg of sort and Snoopy there is definitely not the chirpy fido you used to know. He’s ferocious. Also, Jason has lumped a whole lot of other iconic characters into it including Garfield, pointy-haired boss (Dilbert’s incompetent boss and not surprisingly, the evil one in Jason’s comic) and more. 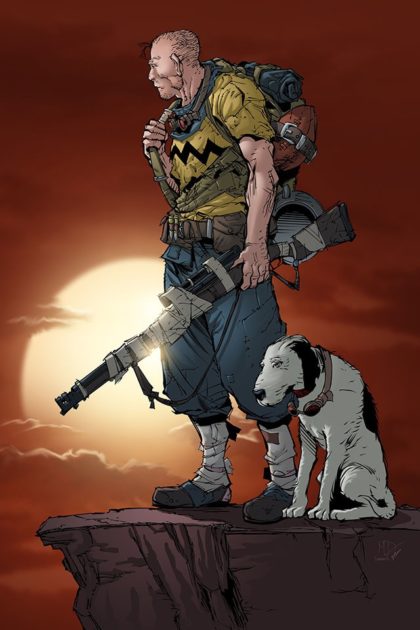 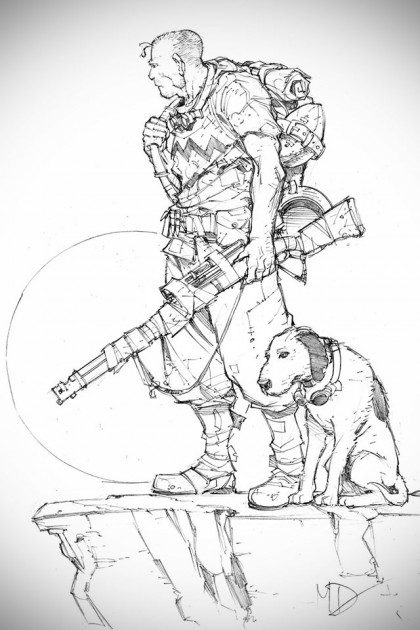