You have water bottle and water is all around you, but you can’t just fill it up and drink because there are potentially harmful bacteria and whatnot. Then again, that’s for regular water bottle, not with the QUARTZ Bottle. QUARTZ Bottle has built-in UV-C LED light which its inventor claimed could get rid of up to 99.9999 percent bio-contaminants, thus making the water safer to drink. In other words, QUARTZ Bottle wants you drink water instead of bacteria. 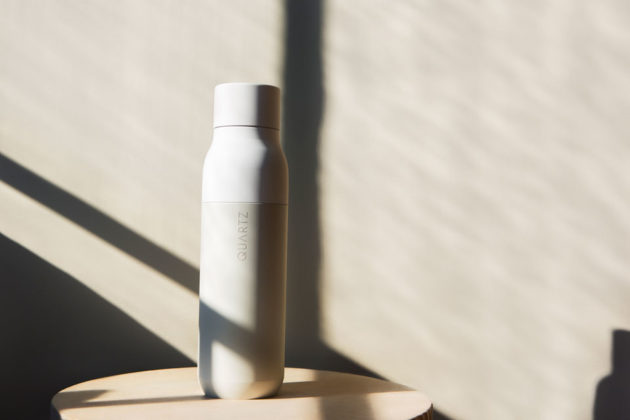 The 280 nanometer UV-C LED light will result in a photochemical reaction which will eliminate bacteria from the water and the bottle in just 60 seconds. So, as a boon, not only you will be drinking non-contaminated water, but you can say goodbye to washing bottle, like forever. Another side benefit is, QUARTZ Bottle will keep you away from using those plastic bottles that will eventually end up contributing to the growing landfill pile. 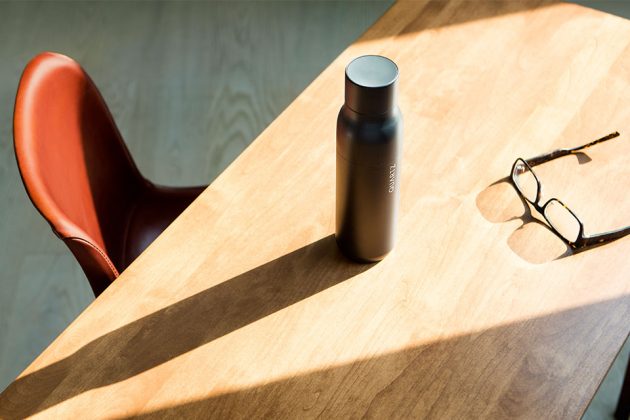 The last point there is probably not applicable to some regions where folks literally reuse one-time use water bottles until they could no longer be used. I guess in stateside, one-time use bottles are often not reused and so, QUARTZ should be seen as a welcome intervention. Not that there aren’t any other options out there. There are, but can those options zaps bacteria and self-clean? Nope. They can’t. And oh, did we mention self-cleaning is automatically done every four hours? 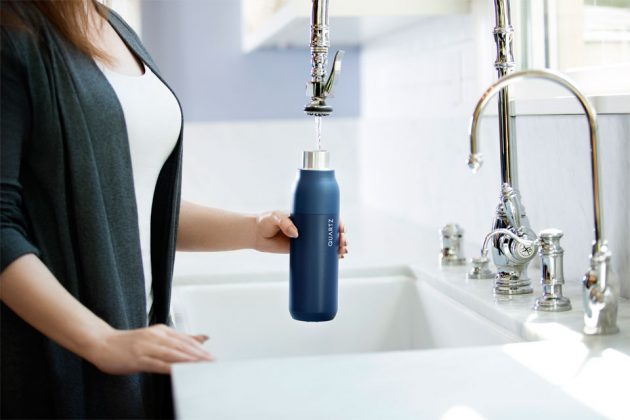 Also, it has a double-insulated construction that promised to maintain coolness of cold water for 24 hours and hot water for 12 hours? Yep. It certainly can and it is powered by a rechargeable battery that’s good for up to two months in between charges. You can find QUARTZ Bottle on Kickstarter where some 11,000 folks have contributed over $1.2 million to make it a reality.

If you want, you can join in the fun too, all you need is $59 or more of your hard earned money and wait for March 2018 to come by when it will be delivered so you can officially scream at the top of your lungs, “suck it bacteria, suck it washing bottle!” 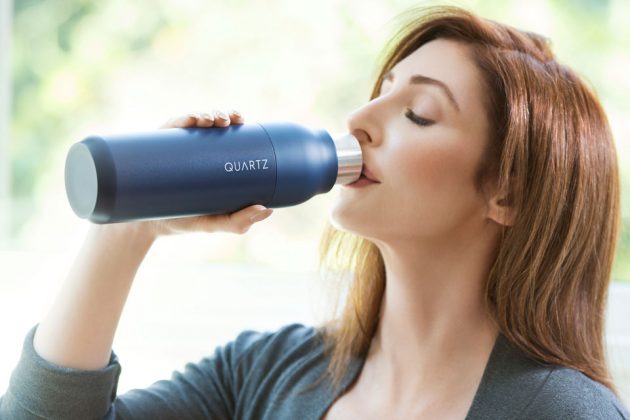