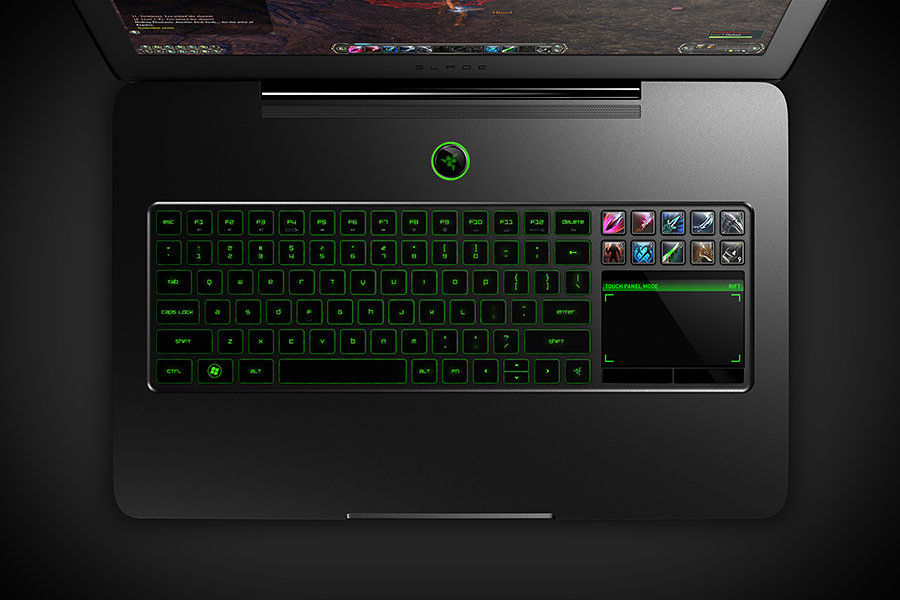 in an era where console games are threatening to make PC gaming obsolete, Razer steps in and announced the Razer Blade Gaming Laptop, a full aluminum chassis laptop that’s touted to be truly portable without sacrificing performance. also included in this 17-inch laptop is Razer’s all-new Switchblade user-interface. measuring just 0.88-inches (22.4-millimeters) thick and weighing in at just 6.97-lbs (3.16-kilograms), it is indeed the most portable 17-inch gaming laptop we have seen or heard to date.
[ad#Google Adsense-text-468×60]

the Blade was developed in conjunction with Intel, so naturally it features a 2.8-GHz Intel Core i7 processor, while graphics department is supported by NVIDIA GeForce GT 555M with NVIDIA Optimus Technology and 2-GB of dedicated video RAM. other specifications include 8-GB DDR3 RAM, 320-GB 7,200rpm SATA hard drive, WiFi enabled, built-in HD webcam and last but not least, a glorious 17.3-inch LED backlit LCD display. the Razer Blade Gaming Laptop is expected to hit the stores some in Q4 of 2011 with a retail price of $2799.99.