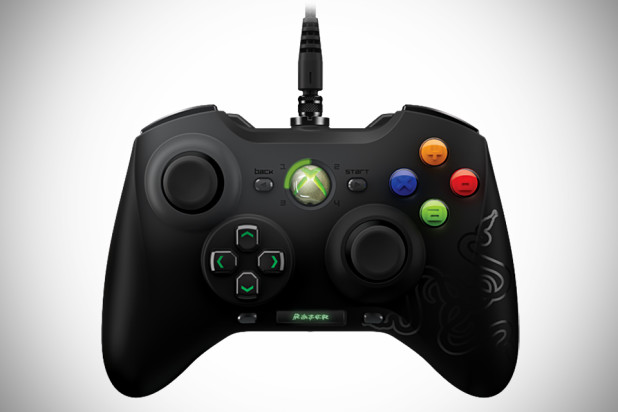 stock Xbox 360’s controller is cool. it functions as it should have and has a pretty well thought out ergonomic but if you are working up your way to the pro gamer status, you will need a controller that has more flexibility and punch to it – such as one like the Razer Sabertooth Game Controller for Xbox 360. the Razer Sabertooth features several improvement over its predecessor, the Razer Onza – most notably are the six additional multi-function buttons (Onza has two), of which four are removable and the integrated OLED display for feature customization such as remapping and customizing the multi-function buttons and fine-tuning the analog stick’s sensitivity on-the-fly. other key features include four backlit Hyperesponse action buttons, non-slip rubber surface, quick-release USB connector, detachable 10-foot (3 meters) lightweight braided fiber cable, optimized d-pad design, improved triggers, 2.5mm headset jack and it comes with a pair of green thumb grips and a super pro carrying case for you to tote your Sabertooth with absolute style. the Razer Sabertooth Game Controller for Xbox 360 can be yours to own for $79.90 a pop. scroll down for a few more look and a product video (warning: fluctuating volume and rocking music).