Halloween is barely a week from now and so, if you have yet to cobble up a costume, then this is it. Though a Realistic Spider Insect Costume may not right up your alley, but hey, you want a costume that’s ready-to-wear, this would be one of the few awesome choices. Besides, I am sure dressing up as Spiderman is a little passé these days and so, dressing up as an actual wolf spider is a surefire way to make you stand out. However, as you can see, this costume isn’t exactly party-friendly, especially when there’s little to no real estate at the party place. 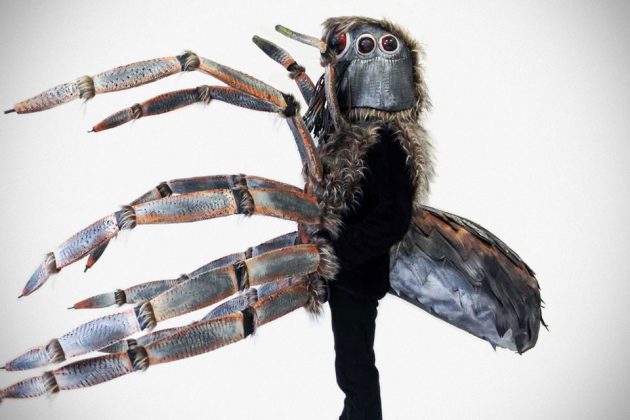 First, getting through single doors might be an issue and also constant knocking into something or someone and annoying them is inevitable. While refreshments and snacks won’t snare at you, but fellow party goers may not be amused after you managed to annihilate their party food. So, yea, this could be a potentially annoying costume in the entire party, but standing out from the crowd ain’t a walk in a park. It demands sacrifice. The good thing is, nobody will know who is behind that wolf spider mask, so your reputation is saved. 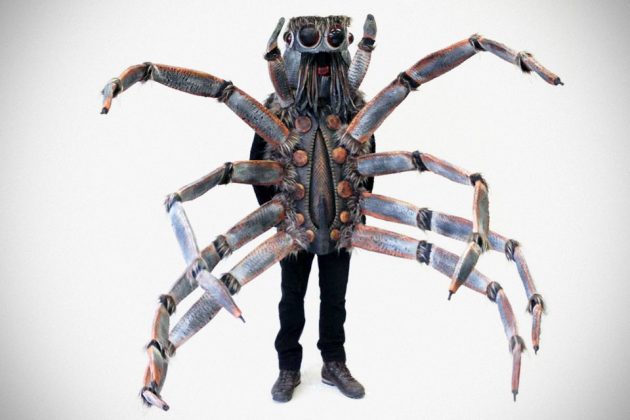 The masquerade does not end there. It even comes with a realtime electronic voice changer with several voice options, so your identity is totally covered. Also, it has a flicking tongue (yea, that’s the crimson thingy right in middle of the mask) to get conversation going in case this knock-everything-down costume does not managed to get the fair amount of attention it deserve. Oh, one more thing. Hopefully, there are no arachnophobic party goers there because the “realistic, luxurious faux fur” and the menacing acrylic spider eyes are sure to make them cringe in terror and possibly, leave scars so deep in them for the rest of their lives. 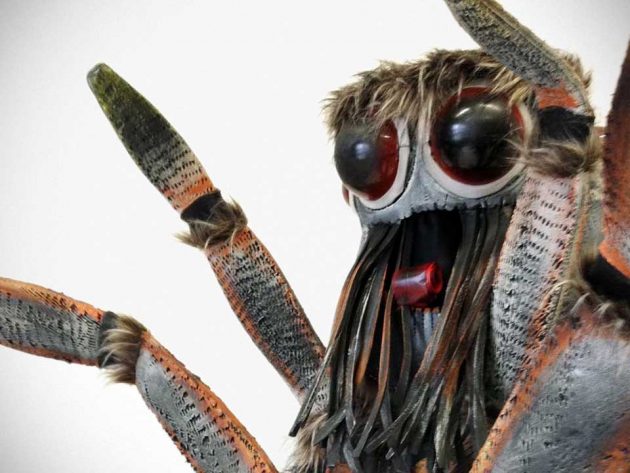 Finally, the price. Last minute Halloween costume shopping does come with a price and in the case of the Realistic Spider Insect Costume, you are looking at a grand $3,811.76. As a boon, it appears that there’s only one such costume available and so, you can be sure that, other than Spidey, there won’t be another competing spider in the party. 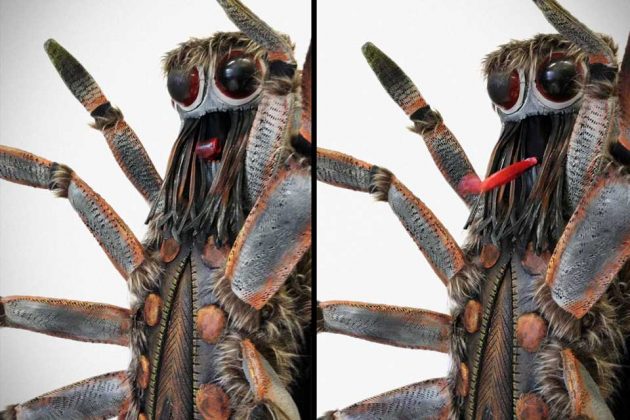