I love Star Wars as much as I love The Hitchhiker’s Guide to the Galaxy because, the sci-fi movie franchise is loaded with many future tech that are still a dream to us mortals. As far as Star Wars is concerned, one of the tech that captures our imagination most would be holographic technology, particularly when it can be touched like the Dejarik, a chess-like holographic game famously played C-3PO and Chewbacca on Solo’s Millennium Falcon. Love is one thing, but I reserve the right to be skeptical about if it will actually realize in my lifetime.

However, when RED surprised the world with a smartphone that promised holographic technology, I lit up. I secretly, exclaimed “it’s here!,” while reserving some skepticism that it might be nothing more than a hype. Fast forward to today, it is revealed that the display is in fact a holographic item and the technology behind is an exclusive partnership between RED and a startup called Leia Inc. (yup. That rebel princess!). Though I am quite sure Princess Leia has no part in it. Anyways, Leia Inc. touted itself as “the leading provider of lightfield holographic display solutions for mobile,” which is safe to assume they are the expert. Strange that we never heard of them before this. 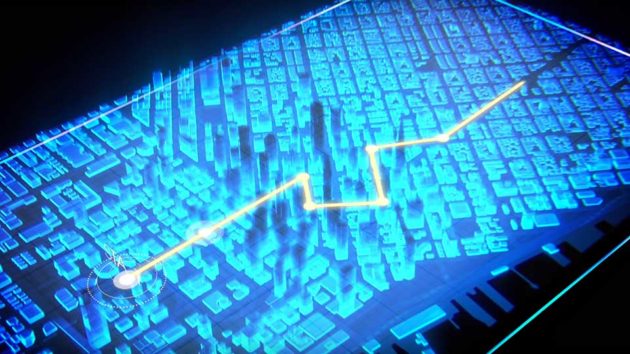 Anywho, to rest any doubts anyone (including myself) have on Leia’s credential, you and I should know Leia is not just any Tom, Dick and Harry company who aim to take advantage of the gullible via Kickstarter. Leia was actually a spin-off HP’s research labs, founded three years ago in 2014. As part of the partnership, RED made an undisclosed strategic investment (likely technology sharing in exchange). Anyways here’s the gist of how it actually works:

Still don’t get it? Well, neither do I. All I know is, it is holographic and it is kind of touchable, or more correctly put, interactable. So what you can expect will be 3D objects appearing above the display which you can interact, courtesy of a partnership between Leia and Synaptics. Oh man, that sure sound very Tony Stark to me! In case you need a bit more details, the tech, according to our source, actually works via diffraction that produces a lightfield illumination with a layer of nanostructure added on top of a regular LCD.

Whatever it is, it is too hard to for layman to digest anyways. What you need to know is, YouTuber Marques Brownlee was lucky enough to have spent some quality time with the prototypes and so, yeah, it does work, alright. Though, Brownlee said the holographic definitely wasn’t perfect (obviously), but he was pretty impressed nonetheless. With Hydrogen One, RED becomes the rank of companies that makes Apple look bad in the area of innovations. I mean, honestly, I would have expect the world’s most valuable company to have the financial muscle to flex in the area of research and development, and to break new grounds over a smaller outfit that essentially makes cinematic cameras. Skip ahead for Brownlee’s hands-on video we have mentioned earlier.