At this year’s Goodwood Festival of Speed, something different have taken place. Among the usual hillclimb by avid motoring enthusiasts using a variety of different automobiles (including a lawn mower), one was made by no man. By “made by no man,” I meant to say the car wasn’t driven by anyone; it just went on its own autonomously. 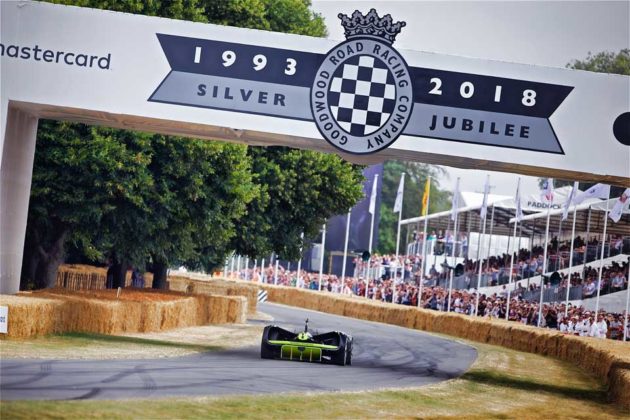 The car in question is Roborace’s Robocar. Robocar became the first ever fully autonomous vehicle to make the hillclimb at Goodwood Festival of Speed, witnessed by some 55,000 spectators. In all, Robocar successfully navigated the 1.16-mi course, relying on sensors and artificial intelligence.

“Robocar uses a variety of sensors located around the car to give it 360-degree vision of its environment.  The information provided by these sensors give Robocar the ability to localize its position on the hill and detect drivable surfaces and objects using deep neural networks.” 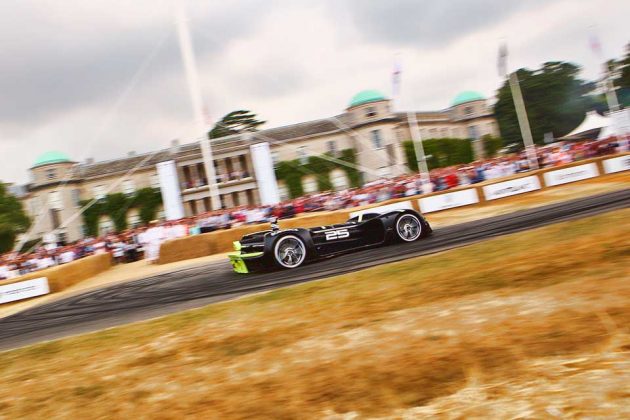 Visitors at the event were invited to a chance to experience this history-in-the-making through the perspective of the Robocar in a fully immersive VR simulator in Goodwood’s Future Lab. If you don’t already know, Robocar is the world’s first autonomous race car designed by Daniel Simon, best known as the automotive futurist behind Oblivion and Tron: Legacy.

The 1,350 kilograms (2,976 lbs) race car is powered by four 135 kW electric motors, one on each wheel, to yield a combined of over 500 HP. If you think it looked kind of familiar, it is the very same car NVIDIA show off a while back. Here are more interesting bits:

“An NVIDIA DRIVE PX2 computer processes Robocar’s data, which includes inputs from the LiDar, radar, GPS, ultrasonic, and camera sensors… Roborace provides the car with an API as a platform for teams who then add their AI driver algorithm to the vehicle.”

The development of the automated driving system for the Robocar at Goodwood was led by ARRIVAL, the automotive technology company who is also behind the UPS’ fleet of cartoonish electric vehicles set to go on trial later this year.

NOW READ  How To Move From NASCAR To Motocross

All images courtesy of Roborace.

A huge shout out to Victoria Tomlinson for sending us this awesome hat tip.