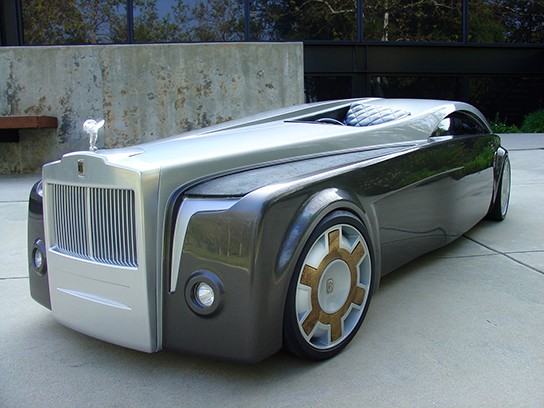 on the first look, the Apparition reminds me of the hot rods of the yesteryear but upon closer inspection, you will notice the driver is exposed to the elements while there’s a hint of an area for passengers to huddle at the rear. the Apparition is designed by Jeremy Westerlund, now a full-time designer, while he was studying at the Art Center school of design. the Rolls windshield-less design with an open-top cockpit reminisces the olden days carriages where the driver sits higher up at the front of the vehicle.
[ad#Google Adsense-text-468×60]

on the front, it is the unmistakable look of a Rolls-Royce with the massive front grille and the ‘flying lady’ perched on top. the Apparition looks something from the future, where probably, wind in the eyes and rocketing bugs at 90 miles an hour are non-existence. maybe not the wind part, the driver would probably wear some sleek goggles with head-up display built-in* to keep his eyes opened. who knows? then again, this is probably a car that you would not drive it yourself. i would assumed that if it becomes a reality, it would have a Rolls-Royce price tag and therefore, if you can afford one, you would be able to afford to staff a chauffeur so your friends and you can party in the cosy cocoon of the Apparition.

according to the source, the model pictured here is built to 1:4 scale, of course there’s no telling it is a model until you were told. nevertheless, it is a very impressive car especially with the Burlwood inserts in the wheels. love it, loath it or whatever. you can continue to be awed with more images of the awesome Apparition below. 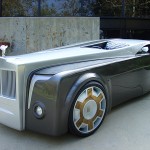 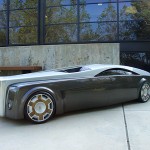 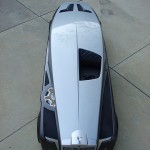 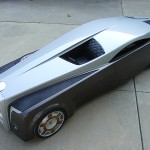 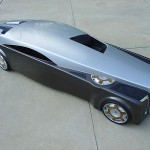 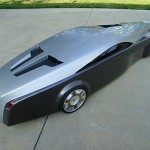 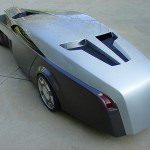 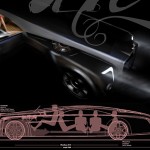 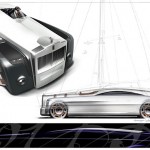