Good news, fans of Godzilla (or Gojira for the purists), S.H. MonsterArts has unveiled their take of the Shin Gojira (literally new Godzilla, or Godzilla Resurgence in English) figure which you will be able to get your hands on when it becomes available this November in Japan. North America is slated to receive this example figure, though no date was offered at this point. The figure is not big in height – standing at just 7 inches tall, but stretches 16 inches long which is still pretty sizeable. However, more importantly, it is movie-accurate as this particular model was sculpted under the watchful eyes of Takayuki Takeya and according to the 3D data used in the movie itself. 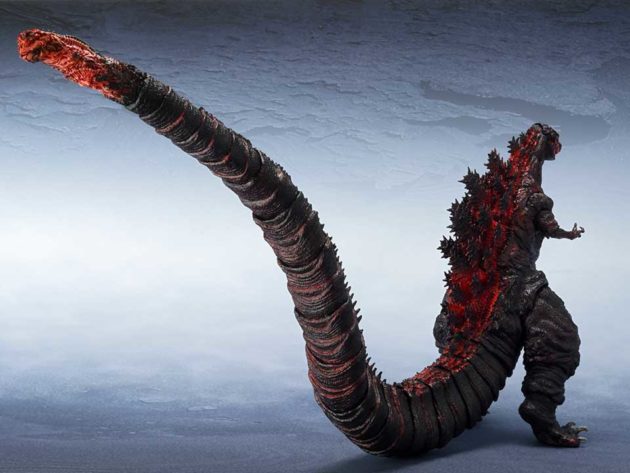 Expect this figure to capture every essence of this hugely popular fictional kaiju – from the distinctive sculpt to the coloring and right down to the unevenly grown teeth and finely sculpted nails. Thanks to advanced articulation engineering, S.H. MonsterArts Shin Godzilla 2016 Figure offers a wide range of poses, including a new movable mechanism in the mouth that affords the radioactive beast “a wide variety of facial expressions.” Ermmm, what expressions exactly? I am guessing it will be furious, furious and furious, because that’s what Godzilla has always been, is it not? Anyhow, expect this majestic piece of collectible to cost $129.99 a pop when it becomes available. 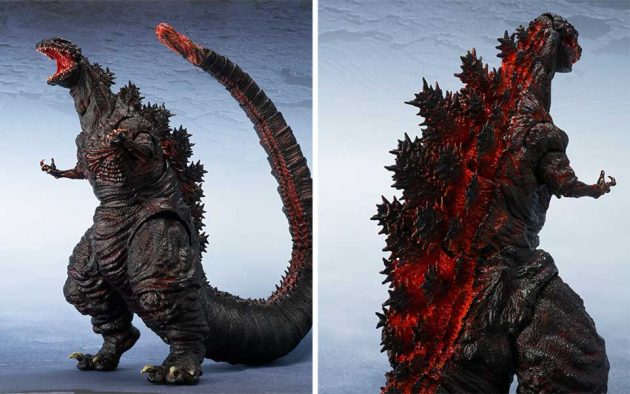 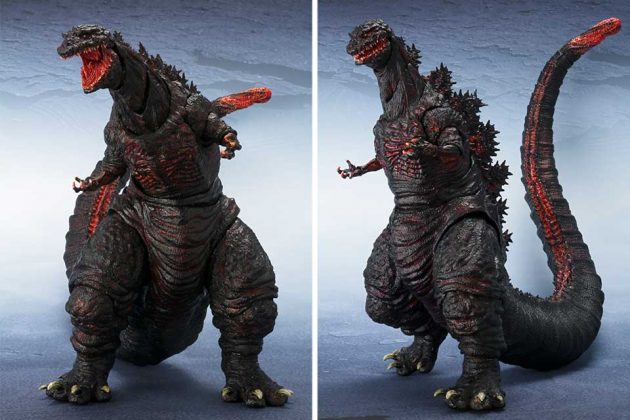