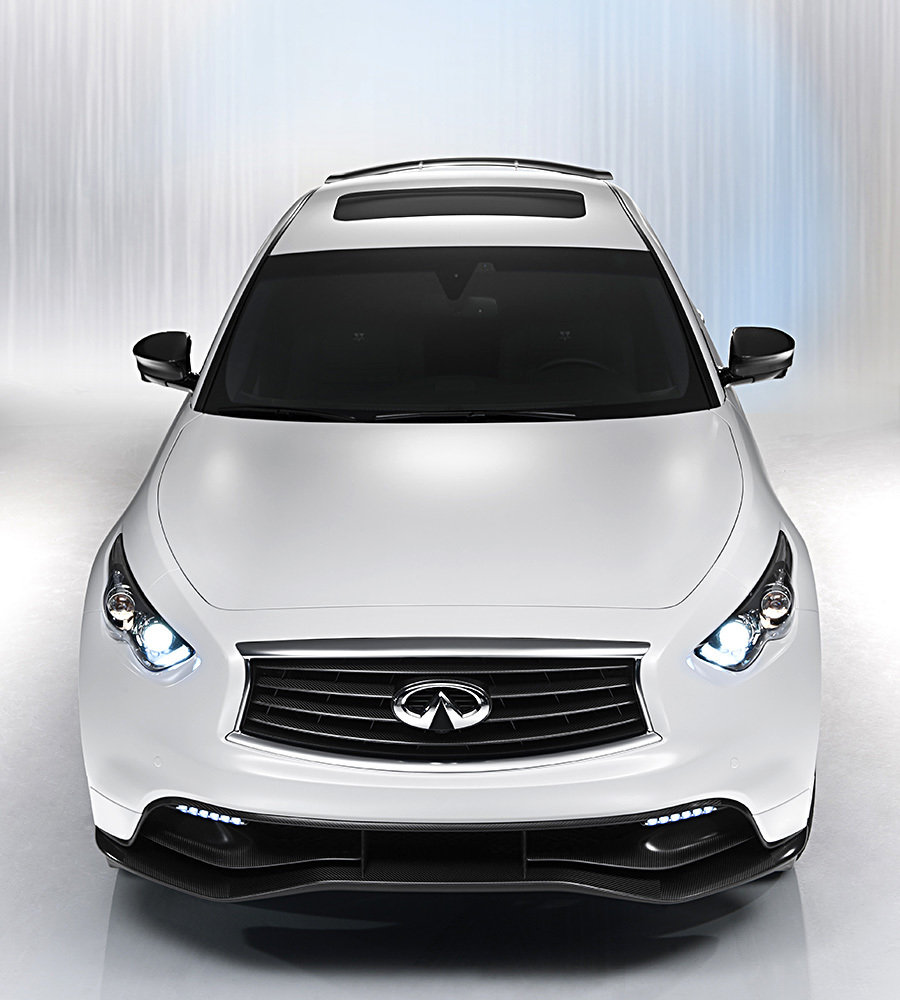 Infiniti has unveiled more images of the Sebastian Vettel Infiniti FX ahead of its debut on the September 13 (14:15-hours, to be exact) at the Frankfurt Motor Show. the special edition crossover will be unveiled by the Infiniti brand ambassador himself. the FX Sebastian Vettel vehicle is the lightest, fastest and most aerodynamic FX to date which according to Infiniti, reflects “the world champion’s desire for a 300 km/h crossover that he can drive on his home country’s derestricted Autobann.”
[ad#Google Adsense-text-468×60]

the Vettel-badged FX is based on the already powerful FX50S Premium model and sports a V8 power plant with tweaks to the engine, suspension and body, and along with aerodynamic enhancements as adviced by the Red Bull Racing team. touted as the prefect high-performance Infiniti crossover, this one-off Sebastian Vettel Infiniti FX is designed by, and built for the Formula One World Champion Sebastian Vettel. well, it pays to be a champion. doesn’t it? more images follow after the break (click on individual thumbnail to view larger image).