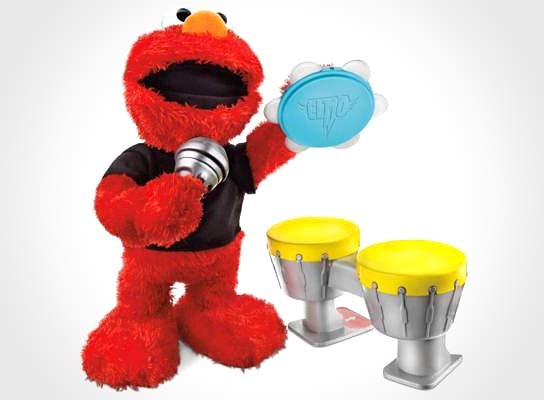 Elmo is back and this time round, he is going to proof that he can handle more than just tickling. come this September, Hasbro will launch the Sesame Street PlaySkool Let’s Rock! Elmo. yup. this time, Rock is the path that our cute, red furry friend is taking. dressed in a concert-style tee, albeit still not wearing any pants, embarks on his musical career with his Let’s Rock musical instruments. give Elmo any one of the Let’s Rock instrument and he will “magically” (not my word, Hasbro used it in their description) recognizes them.
[ad#Google Adsense-text-468×60]

interaction is the key, thus Elmo is generous enough to let kids play with his tiny sized musical instrument too and when he detects that the child is playing with any of the Let’s Rock musical instrument, he will automatically play along too. that’s what i call smart toys. did i mention that Rock Elmo actually sings too? for $69.90, your Sesame Street PlaySkool Let’s Rock! Elmo will come packed with rock star essential such as microphone, tambourine and drums. it runs off six AA batteries which is included in the packaged as well. 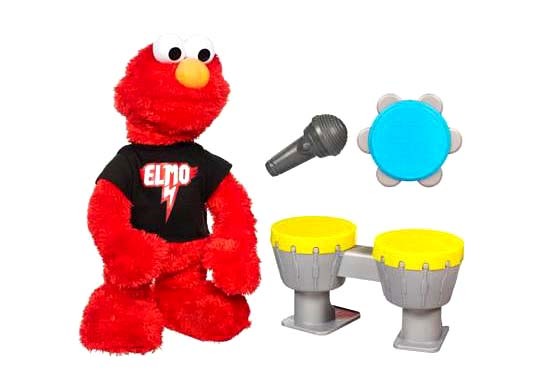 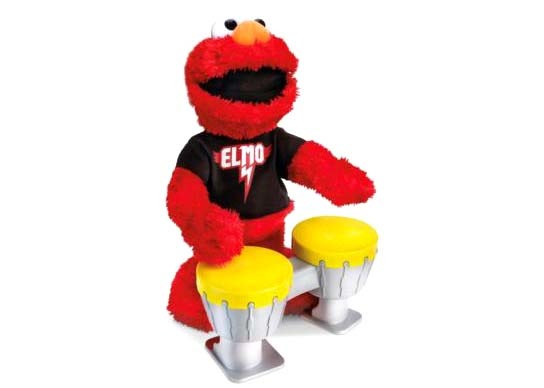 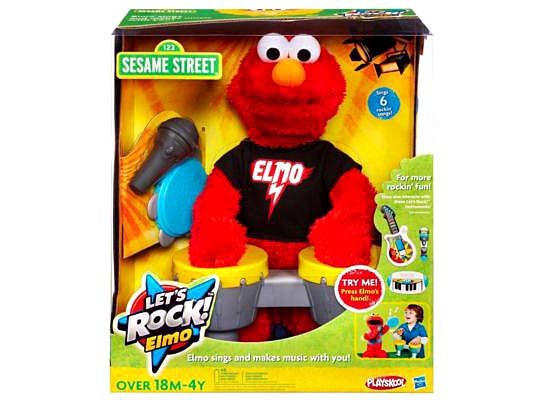