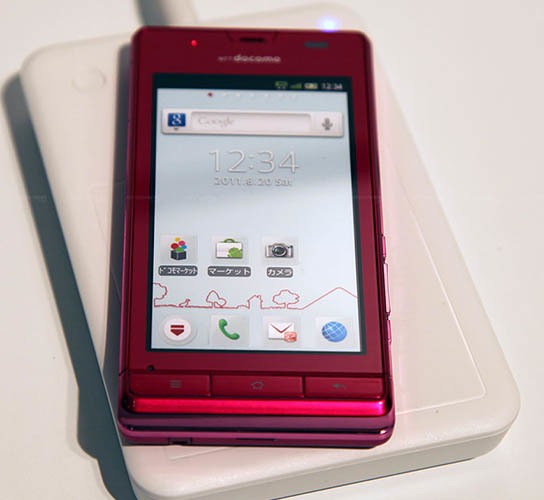 Sharp score another first for its Android phone under the AQUOS brand name. the model featured here, f SH-13C is the first time QI wireless charging is being integrated into a mobile phone. the phone will come packaged with the QI wireless battery and charging pad. there’s nothing to shout about this Android phone which could easily pass off as ‘yet another Android phone’ if not for its integrated wireless charging feature. the f SH-13C runs on Android 2.3 Gingerbread and features a 3.7-inch QHD screen with 540 x 980 pixels resolution, 8.1 megapixels camera and comes with TapFlow User Interface. no words on its pricing and availability at this point.
[ad#Google Adsense-text-468×60]

wireless charging should be a standard in near future. we have progressed to the point that even plugging in our device becomes a hassle. maybe i shouldn’t called it as a ‘hassle’ but rather, making our lives slightly more efficient. i am all in for wireless charging. it will be even better if charging could be done without placing it on charging pad, but direct from wireless charging point up to a certain distant. don’t you think so? in this way, we can cut down some wires or cables that has somehow tangled our lives. 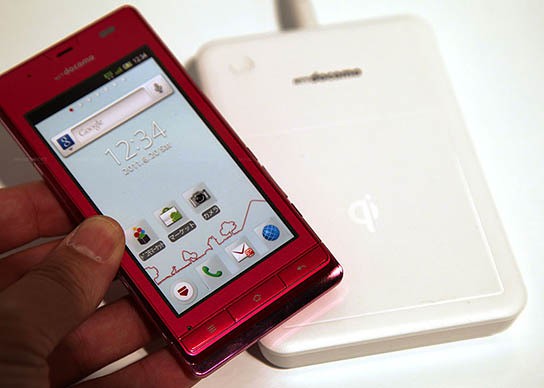