If you are obsessed with keeping your car squeaky clean, then it safe to assume that you will be pissed whenever you wind up the windows after a car wash. The streaks and watermarks are just so annoying, aren’t they? Well, not that you can’t do anything about it. There are two ways you deal with the eyesore; you can either get out of the car and wipe it manually (and experience it over and over again until the water are completely rid off), or you can install ViperSwiper Side Window Wiper. No. ViperWiper is not the wiper that you know. There’s no powered arm; it is actually an additional seal that you install outside the car window’s weather strip.

The snug fit of ViperSwiper between the car and the window creates a wiping effect whenever you roll up the window, thus removing those annoying streaks and watermarks. The best part is, ViperSwiper is super discreet. It does the job without making it presence known. In another words, it integrates seamlessly with your car to give it the factory-look, if not sleeker. Just take a look at the installed images and see it for yourself. Though it is worthy to note that, self-installation is required, but by the look of it, the process appears to be rather straightforward.

Each package comes with a pair of 40-inch ViperSwiper and each strip comes pre-fitted with its own adhesive. Installing it requires you to measure the length of the car window, either by measuring tape or by fitment. Next, you cut the strip to the measured length and insert ViperSwiper between the outside portion of the car window’s weather strip and peel off the neon green adhesive liner, applying pressure to lock it into position. It’s not expensive; prices for a pair start at just 20 bucks, but there’s a catch here, it will need to be replaced much like the windshield’s wiper blade. According to its creator, recommended replacement is between 3-6 months. It can last up to a year though, assuming if you didn’t roll up and down your window that often.

Also, with rubber material like such, the weather also plays a part. Dry and hot places tend to hardened the rubber and thus makes the wiper less effective sooner, and hence that’s one thing to take into consideration. ViperSwiper is on Kickstarter looking to raise $30,000 to take ViperSwiper to the market. As of now, it is over 50 percent funded and still has 22 days on the calendar, which means it may have a shot at fruition. Speaking of which, you can help by pre-ordering it on Kickstarter and if all goes as planned, you will be seeing it at your doorstep sometime in February 2016. 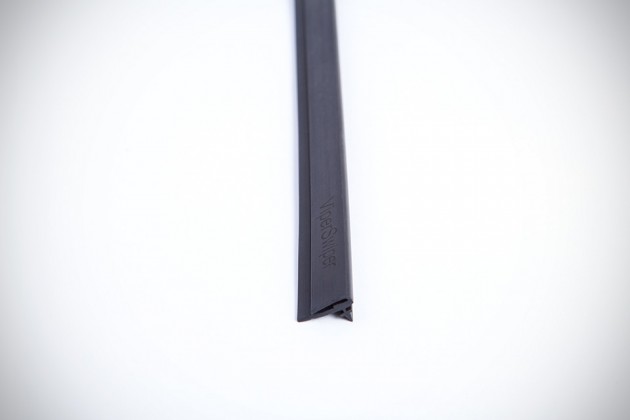 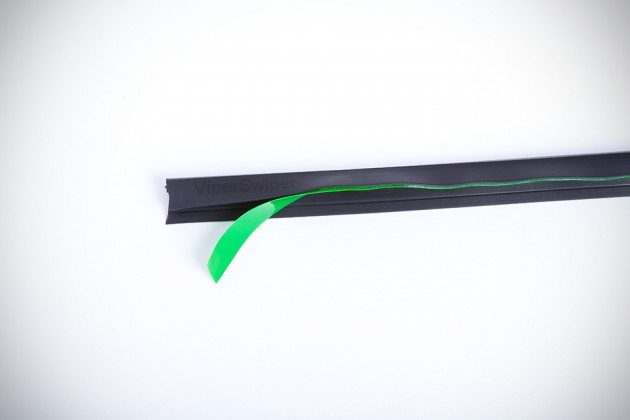