The world firearms has its fair share of oddities. From the triple barrel shotgun to Rocket Gun to the fatal ring gun, we thought we have seen it all and then, the Silver Shadow Gilboa DBT Snake Double Barrel AR-15 comes along. Yes. That right there is a carbine, a non-military issue, that is, and it is essentially two AR stuck together. It is like a conjoined twin with each having its own bolt carrier, trigger, magazine, hammer, and of course, barrel. 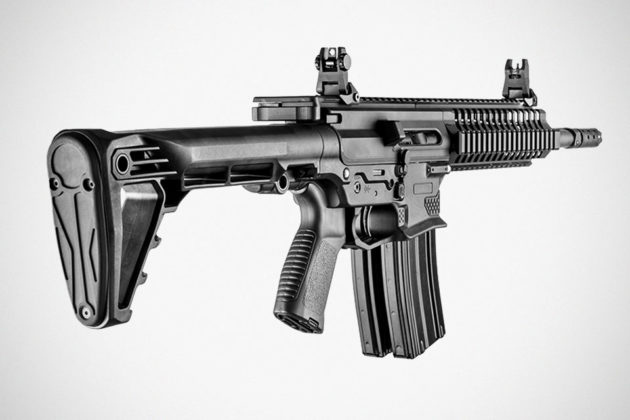 What they don’t have each of their own is the collapsible stock, gun grip, gun sight (obviously) and the charging handle. That’s right. It has just one charging handle to cock both hammers. It sure is intriguing and weird all at the same time. The rifle is made by the same Israel company, Silver Shadow, who designed and manufactured the corner shot rifle that allows the shooter to shoot around a corner without exposing him/herself.

Anywho, the Silver Shadow Gilboa DBT Snake Double Barrel AR-15 (officially, just Gilboa DBR Snake 11.5”) is of .223 Rem caliber and uses Gas impingement of operations as opposed to piston. The obvious boon for this rifle is, it has double the firepower, thus making it the most powerful AR 15 there is today. But with great power, comes the heft. The dual barrel carbine weighs in over 50 percent more at 4.9 kilograms (10.8 lbs) and it is, obviously, significantly wider. Another boon, or at least I consider it as a boon is, it is ambidextrous. 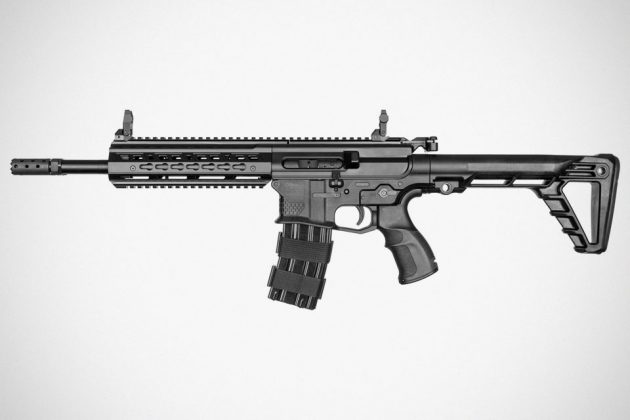 Since each ‘rifle’ has each own ejection port, it exposes of the user to the risk of getting strike by piping hot cartridges and as such, the Gilboa DBR Snake 11.5” by default gets a case deflector. I am not a leftie, btw. I am right handed, but I am cursed with left eye dominant. Urghh. So, needless to say, shooting with left hand yields better groupings for me (not that I am any good it to begin with). I kid you not. The lateral vision’s discrepancy between my left and right eye is insane.

Aside from the heft, there is a minor con here. As highlighted by gun enthusiast Kirsten Joy Weiss, who reviewed the Snake recently, when executing immediate action drill (such as jammed cartridge) by cocking, you will inadvertently lose a round since both sides depend on the same charging handle. But therein lies the pro: if one side gets jam, you can keep on squeezing the trigger on the side that isn’t jam and so, you can keep on unloading the clip and get on with the IA later on. 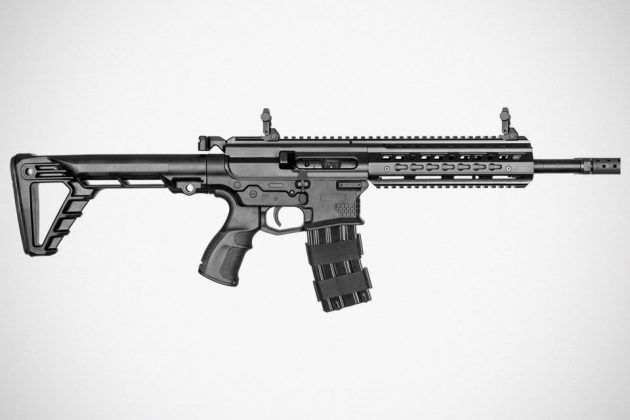 It sounds cool and all, but the question is: do you need a double barrel carbine (keeping in mind this is a non-military issue)? Probably not, but then again, why the hell not? I am guessing the feeling of unloading 60 rounds makes it all fun. Ermmm, maybe? One thing for sure. The Silver Shadow Gilboa DBT Snake Double Barrel AR-15 sure looks super cool.