When George Lucas dreamed up of Star Wars, it was no secret that he drew inspirations from a variety of cultural sources, among them was the obvious homage to Akira Kurosawa’s iconic, if not legendary, samurai flicks. What? Yep, he sure did. So now you know and also, now you know why Darth Vader life-supporting suit look so eerily like some space age samurai warrior’s armor. If the sudden revelation that dark Sith could be a space age version of the feudal age’s samurai sends your mind wondering what he’d look like in the ancient samurai armor, well, then wonder no more – all you have to do is look at S.H.Figuarts Samurai Darth Vader and Stormtrooper action figures. Released by Japanese toy maker Bandai, specifically, Bandai Tamashii Nations, the S.H.Figuarts iteration of the Star Wars iconic characters are referred to as ‘movie realization’ pieces, with the characters kitted in traditional samurai battle outfit. 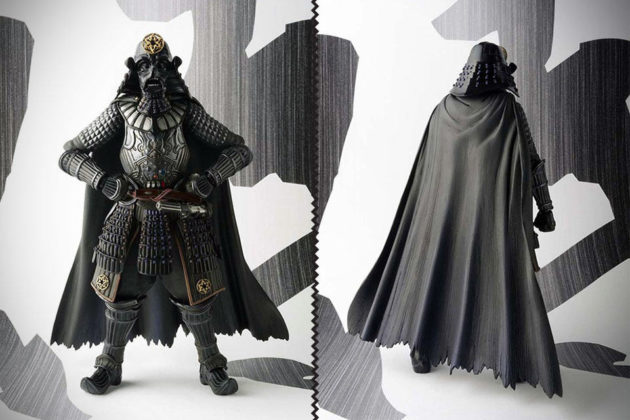 Lord Vader here stands out as one clad in all-black attire, and comes complete with lightsaber-style katana, a lightsaber katana hilt, as well as interchangeable hands. The samurai Stormtrooper, on the other hand, is decked out in a black and white armored outfit (I have no idea why there’s the need to have nipples on the armor, seriously), brandishing an antique-style blaster rifle (presumably still a laser blaster) and a katana, which obviously lacks of the laser deflecting ability. Want one? Well, we are glad to be the bearers of good news: the Meisho Movie Realization Star Wars Samurai Taisho Darth Vader is available from cdJapan for a “discounted” 6,776 Japanese money, or about US$56.22. Though we can’t seem to find the dark lord’s trooper, but according to Toyark, it is slated for May 2015 release, priced at 8,424 Yen (around US$70). It’s kind of odd that the boss is cheaper than the staff, eh? Oh, well. Things might change between now and then, after all, it is a MSRP. Continue reading for a few more awesome look. 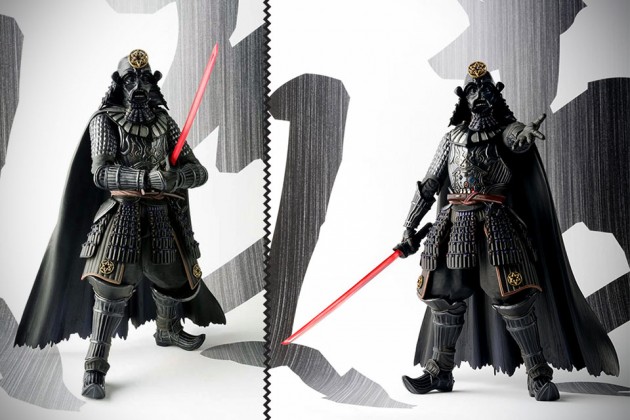 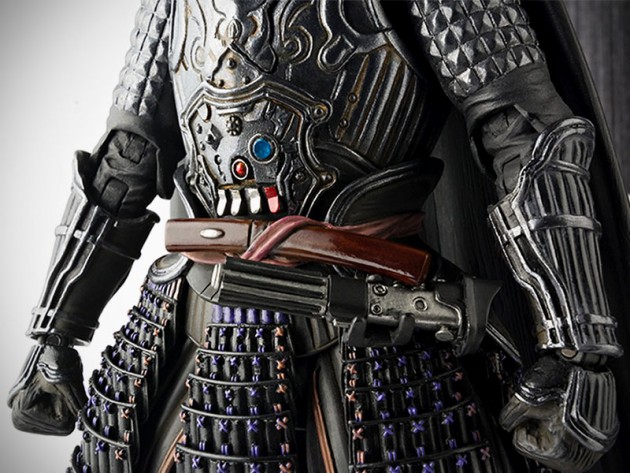 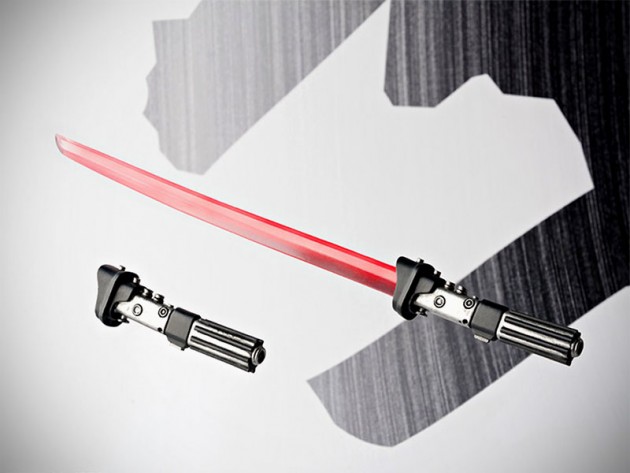 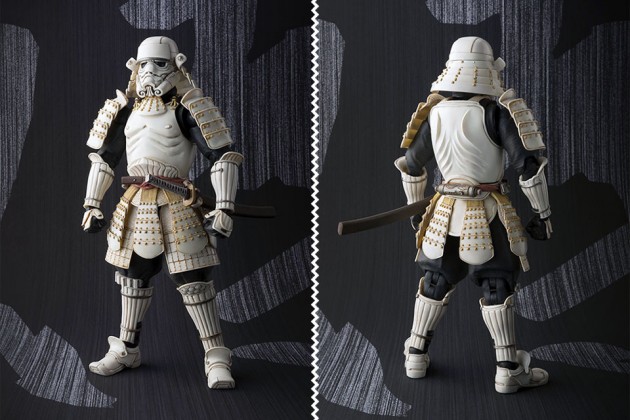 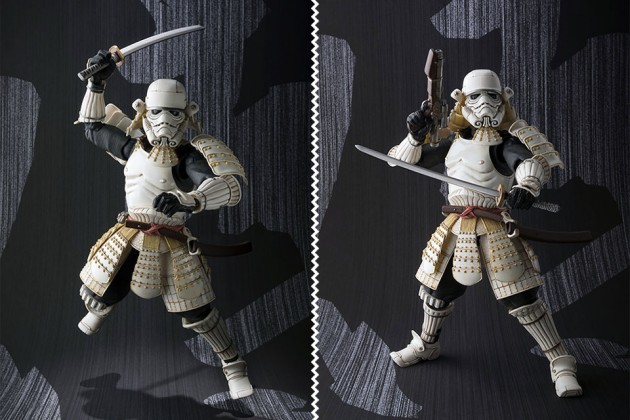 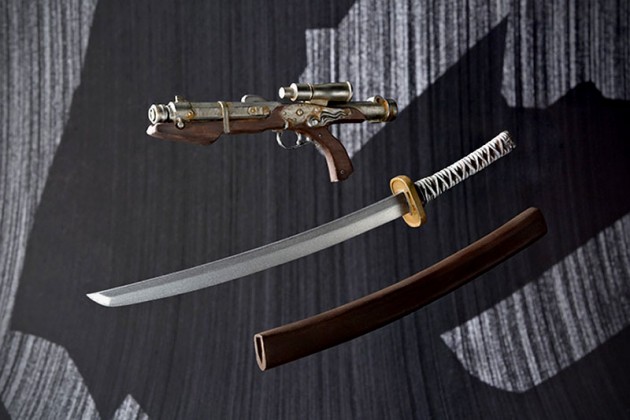