I am sure you are familiar with Furby toys. The adorable “intelligent” toy creature from Tiger Electronics that has an uncanny resemblance to the what was.once a nightmare to children, making them too afraid to let their mum wash their soft toys. Fast forward a few decades later, the cute-turned-menace is back to haunt the kids who are all grown up now. And it is not because, Gremlins is back on the silver screen. It is because of Sam Battle. The hacker-musician, who is also the man behind the YouTube channel Look Mum No Computer, has painstakingly hacked 44 Furby toys using “the fully patent void formant furby fusion synthesis brain modification surgery procedure” to create what is known as the world’s first singing Furby organ. 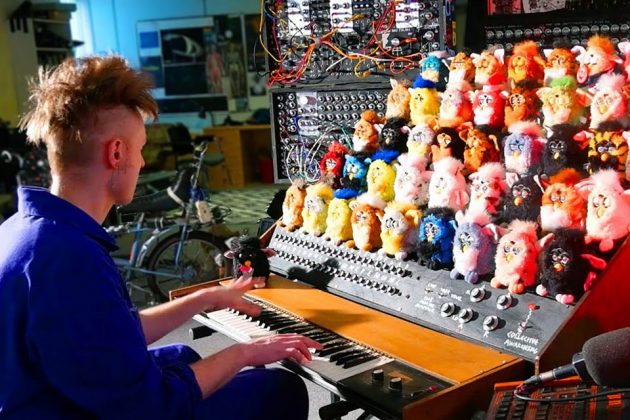 Granted, Furby is not related to mogwai in anyway, except for the I-am-sure-it’s-a-coincidence look. While Furby is considered cute by any human standard, Battle managed to make them as creepy, if not creepier, as the mogwai. It is a nightmare all over again. In fact, it is a nightmare in two aspects; the actual squealing of 44 Furby toys that will make you beg for them to stop and a nightmare for Battle to put them together. Man, just look at the amount wires and circuits it required. A peek under the hook, you will know why Sam refer what’s under the hood as the “mainframe.” Go on and have a look at squealing creature performance.

But before you do, you have to know it is not for everyone.