The biggest news of the 24th day of the nine month of 2016 is Snapchat’s first foray into hardware and it is a pair of video recording sunglasses that will enable you, the wearer, to record 10-second, 115-degree circular video footage that’s viewable in any orientation. The sunglasses, called Spectacles, works with Snapchat app to allow you to share the video wirelessly via Bluetooth or WiFi. So, do you really need an additional camera in your life just for Snapchat? Well, maybe not, but according to Snapchat’s CEO, Evan Spiegel, the 115-degree angle lens is much wider than your typical smartphone’s camera and “much closer to the (human) eyes’ natural field of view.” 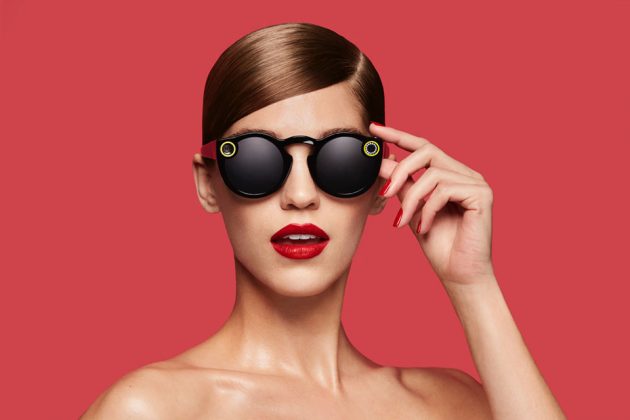 Since it is worn on your face, right in front of your eyes, it would be a more accurate representation of your point-of-view. I don’t know, maybe this will make the video feel more true to FPV, like you know, as what you see, as opposed the unpredictable nature when holding the phone, or mounting it on your head like action cam. A simple tap on the hinge of Spectacles will start the camera rolling. Interestingly, the video recording is circular (not your usual rectangular format), which the company said is “more like human vision.” Ermmm, the last time I check, I don’t see in circular, so I think it is pretty totally weird. Do we actually see in circles? Hmmm… 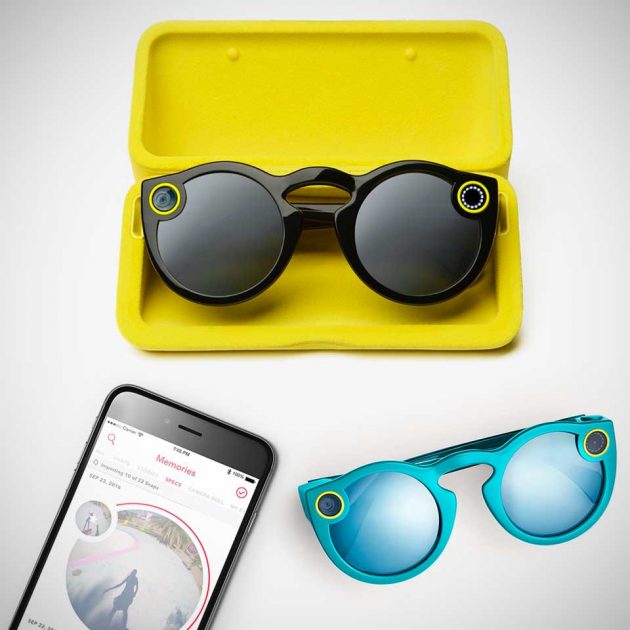 Anyways, Snapchat, btw, also took the opportunity to rename itself to Snap Inc. to better reflect the fact that the company now offers beyond Snapchat app. So, from here on and out, Snapchat is no more. It is now known simply as Snap Inc. Back to the video-recording hardware. It is outfitted with one of the world’s smallest camera which, as mentioned, lets you record first-person view footage, each lasting 10 seconds, and you keep on doing so as many times as you like for as long as the battery lasts. Speaking of battery, the onboard battery, which is rechargeable using an included case, offers up to a day’s worth on a single charge.

And oh, there are lights surrounding the camera to indicate the device is recording, so don’t go around thinking you can be discrete with this imaging device. This ain’t no spy camera, mind you. There’s no confirm date on when it will be available, but it does become available, it is expected to sell for $130 and yes, you get to choose from three different colors, but as for design, not so much. Head past the jump to catch the product promo video.