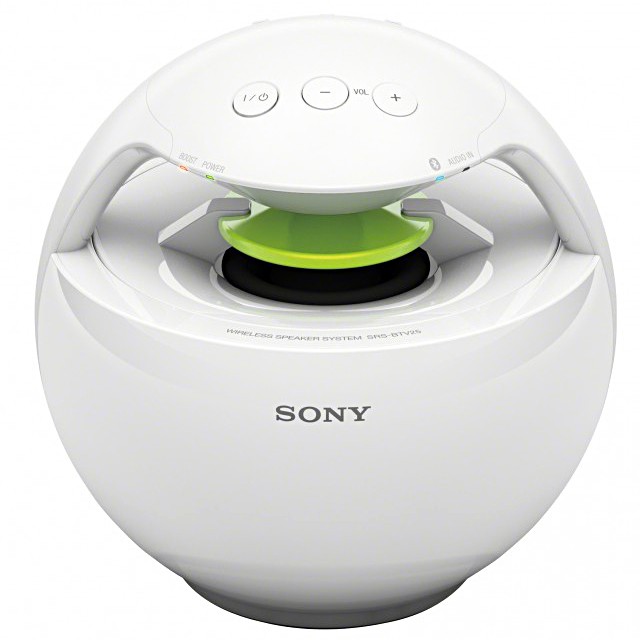 we are accustomed to square or oblong shape speakers, so naturally, one that looks like a Death Star never fails to catch our attention. rolling in fresh from its announced at the ongoing IFA 2011 is this pair of spherical speakers from Sony, dubbed the Sony Circle Sound Speakers. thanks to its 360-degrees circle sound audio diffusion technology, these speakers offers omnidirectional sound, sending audio waves to all corners of a room. two models are offered: a wireless model (SRS-BTV25) that uses Bluetooth to stream to Bluetooth-enabled smartphones or MP3 players and an iPhone/iPod dock model (RDP-V20iP).
[ad#Google Adsense-text-468×60]

both models feature a 2.2-inch woofer and 0.78 tweeter that pumps out 13-watts of power when running on AC power, or 4-watts if powered by Ni-MH rechargeable battery. additionally, both models also sports a 3.5-mm audio jack to facilitate input for other sources. though omnidirectional speakers aren’t new, we are still eager to hear it for ourselves how this diffusion technology will sound. however, it looks like it is going to be a while before this pair of spherical speakers hit the market, since there is no firm word on its pricing and availability. more images after the break.