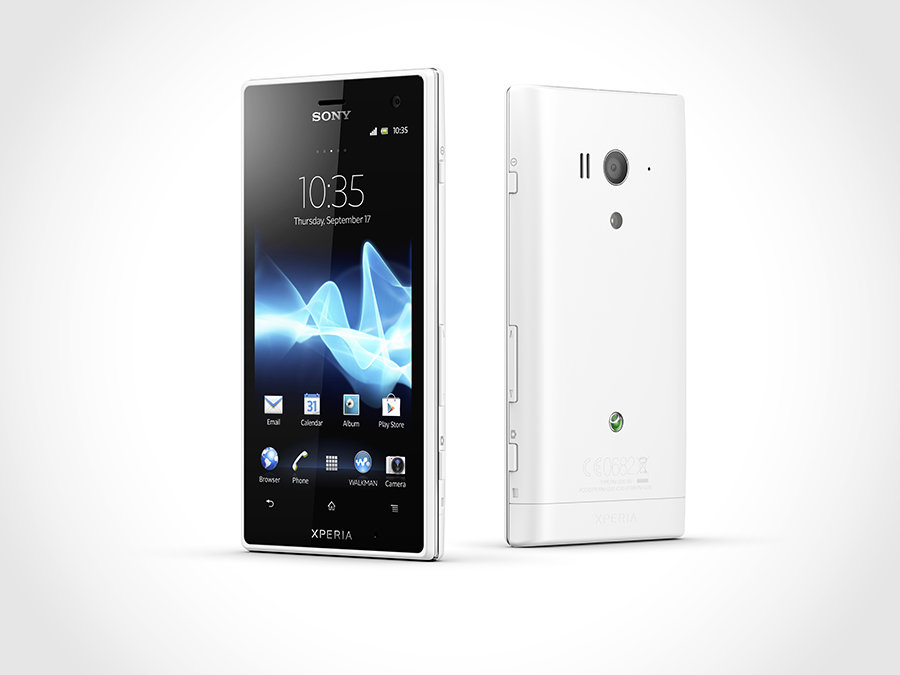 besides impacts, the greatest nemesis of smartphones is water. apparently, Sony Mobile did a research on that subject and the result is this pair of Android smartphones that are dust and waterproofed. the duo, the Android Xperia go (known as Xperia advance in U.S. market) and Xperia acro S, bears the signature sleek look that is commonly associated with Sony handsets with both sporting Sony’s Reality Display with BRAVIA Engine. specs-wise, the Xperia go appears to be an entry-level handset with features that include a 480 x 320 resolution 3.5″ scratch resistant display with wet finger tracking, 5.0-megapixel fast capture camera, 1Ghz dual-core processor, DLNA certified, Wisepilot turn-by-turn navigation, WiFi Hotspot functionality, 8GB internal storage (expandable up to 32GB via microSD slot) and a 1305 mAh battery pack that offers up to six and half hours of talk time over GSM. the Xperia go is rated IP67, which means the phone is protected against dust and water immersion between 15cm to 1m for up to 30 minutes.

the Xperia acro S, on the other hand, is poised to be on the high-end territory with features like 4.3″ HD 720p (1280 x 720 pixels) display with shatter proof sheet on scratch resistant glass (also with wet finger tracking), 12.0-megapixel fast capture camera with both full HD 1080p video recording, a HD 720p front-facing camera, 1.5GHz dual-core processor, Playstation certified, DLNA certified, HDMI support, WiFi Hotspot functionality, 16GB of internal storage (expandable up to 32GB via microSD slot) and a 1910 mAh battery pack for up to six hours and forty minutes of talk time over GSM. the Xperia acro S will be launched with Android 4.0 Ice Cream Sandwich, while the Xperia go will be launched with Android 2.3 Gingerbread, upgradeable to Android ICS in near future. the Xperia acro S is IP55 and IP57 rated for protection against dust and water. IP55 means that the handset will be protected against dust-limited to ingress and water projected by a nozzle against enclosure from any direction, while IP57 guard it against dust-limited to ingress and water immersion of between 15cm and 1m for up to 30 minutes.

both handsets will be available globally from the third quarter of 2012 with prices yet to be advised.