the one little thing that Apple improved on when it last announced the iPhone 5, was the in-ear headphones – referred to as the EarPods. with the new earphones, it comes with a new, rather unorthodox design that is said to minimize sound loss and maximize sound output, and this strangely alluring form is supposedly designed to fit the geometry of the ear perfectly. well, it looks like that last statement doesn’t quite hold true for all; apparently, not all sound holes are the same and hence, there are some who experience EarPods falling out (henceforth, known as the EarPods fallout), but with a pair of Sprng Clip (by Canada-based OHM Industrial Design), this pesky problem would be eliminated.

instead of replacing the EarPods with an aftermarket audio buds, the Sprng Clip offers an affordable and simple snap-on solution (or slip on, if you prefer; see video after the break for demo) that would keep the Apple EarPods from falling off and boy, does it look seamlessly integrated with the Apple’s newest audio ear buds. in another word, the Sprng Clip won’t mar the beautiful EarPods’ appearance a single bit. available now for just $10 a pair. 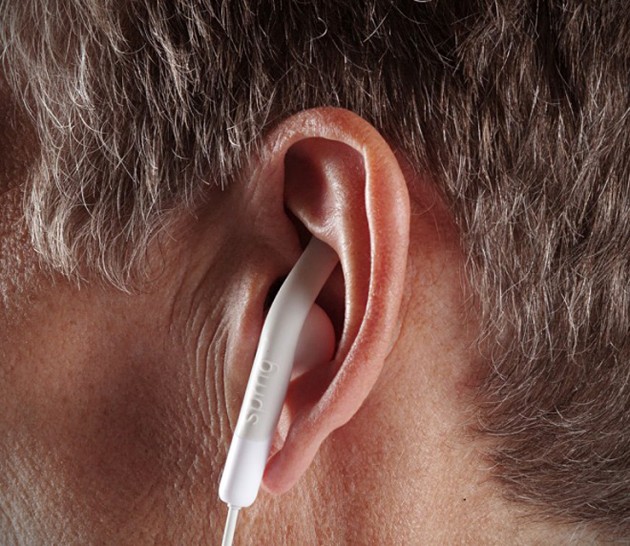