In the galaxy far, far away, the power is in the Force, but in this real world where our lives pretty much depend on smartphones, power is in the power bank. This is why, real world folks like you and me ought to have the Star Wars Han Solo in Carbonite Power Bank in your life more than midichlorians. Why? Firstly, it is a power bank with 8,000 mAh of flowing juice that’s good for charging most smartphones up to 2.5 times and secondly, it is also a miniature replica of Han Solo-turned-popsicle – a grim reminder to everyone not to cross path with the Hut. 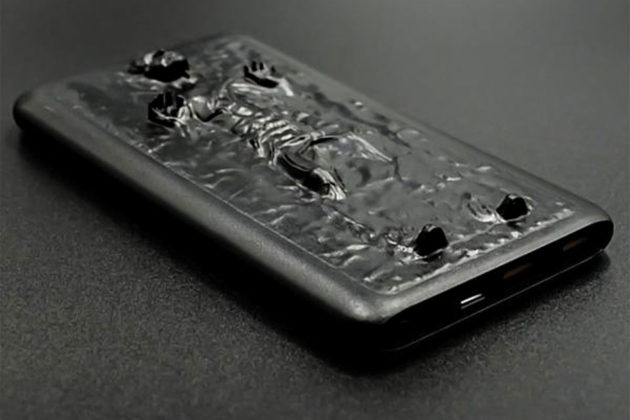 It is an officially licensed product and while the frozen Solo is not made from actual carbonite, it is a scaled down copy of the original movie prop. I’d say for 40 bucks, you are getting quite a deal. A miniature movie prop and a power bank, rolled into one. Seriously, what’s not to love? Star Wars Han Solo in Carbonite Power Bank is friendly to both the Imperial and the Rebel Alliance, i.e. it works like a charm for both Android and iOS devices. In fact, you can charge an Android and an iOS device simultaneously too – thanks to the dual USB outputs it have onboard.

Recharging the pack is via now-standard micro USB (supplied) and there is an LED charge indicator, so you’d be in the know of the re-juicing status. We have seen quite a number of power bank, but man, this one here ranks high up in the must-have for any Star Wars fans. I’d love to have it, though I thought it will be even more desirable if the entire power bank is designed after the levitating cradle use to transport the popsicle Han. Just a thought there. 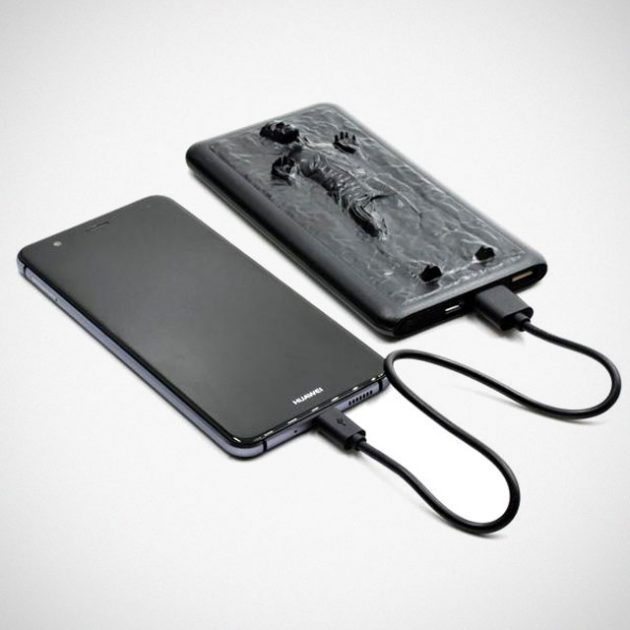