Snakeskin and Levi’s somehow are like oil and water. They don’t mix, like ever. So I would never have imagined Levi’s turning snakeskin design apparels. But I guess I was wrong because, here it is, snakeskin patterned apparels by Levi’s, made exclusively for Supreme. The collection, which includes a custom fit stone washed cotton denim Trucker Jacket and Overalls with snakeskin pattern and buffalo plaid flannel lining, is part of Supreme for Fall/Winter 2017 array. 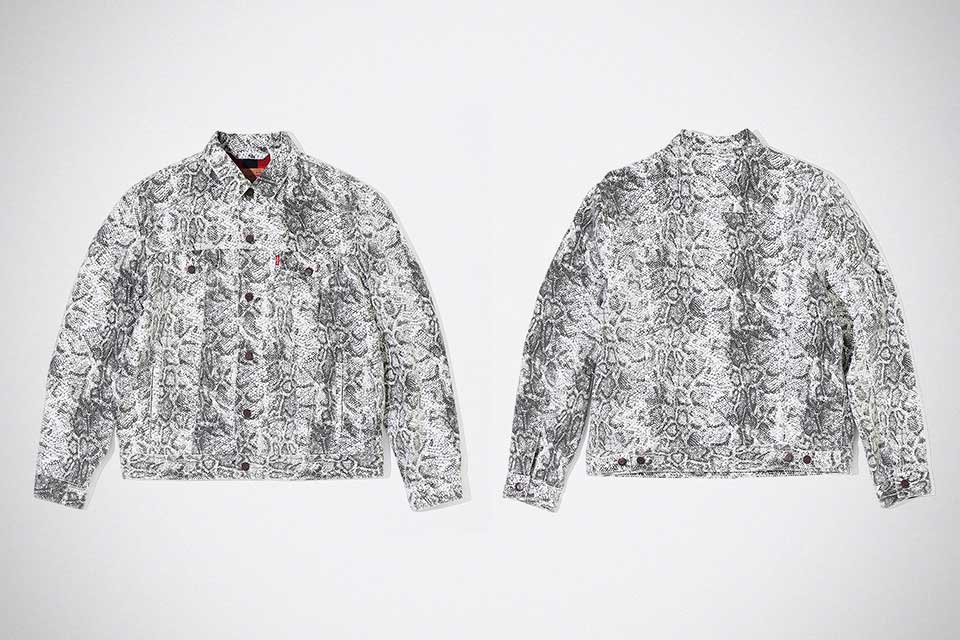 I don’t know about you, but the idea of snakeskin and Levi’s sends shivers down my spine. It is so, how do you say? Un-denim? I am sure you know what I mean. Then again, it is Supreme, not Levi’s so I shouldn’t be so “effected”. Anywho, the made-for-Supreme Trucker Jacket and Overalls are offered in three colorways, and they are available now in-store NY, Brooklyn, Los Angeles, London, Paris, as well as online. If you resides in Japan, you can acquire them, starting November 11. Expect to shell out $288 and $228 for the Trucker Jacket and the Overalls, respectively. 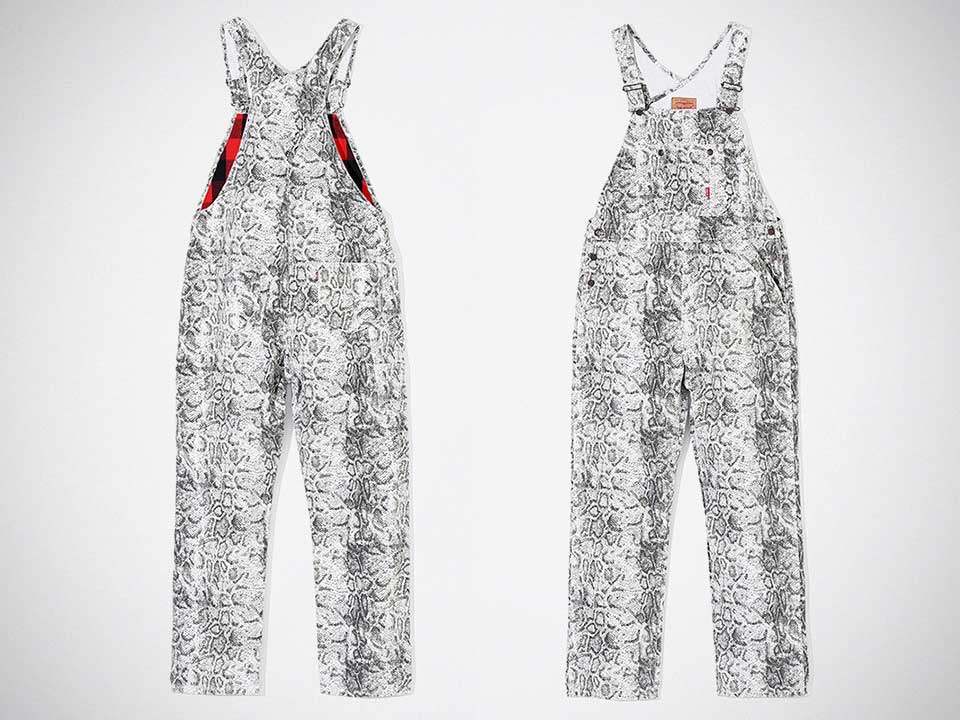 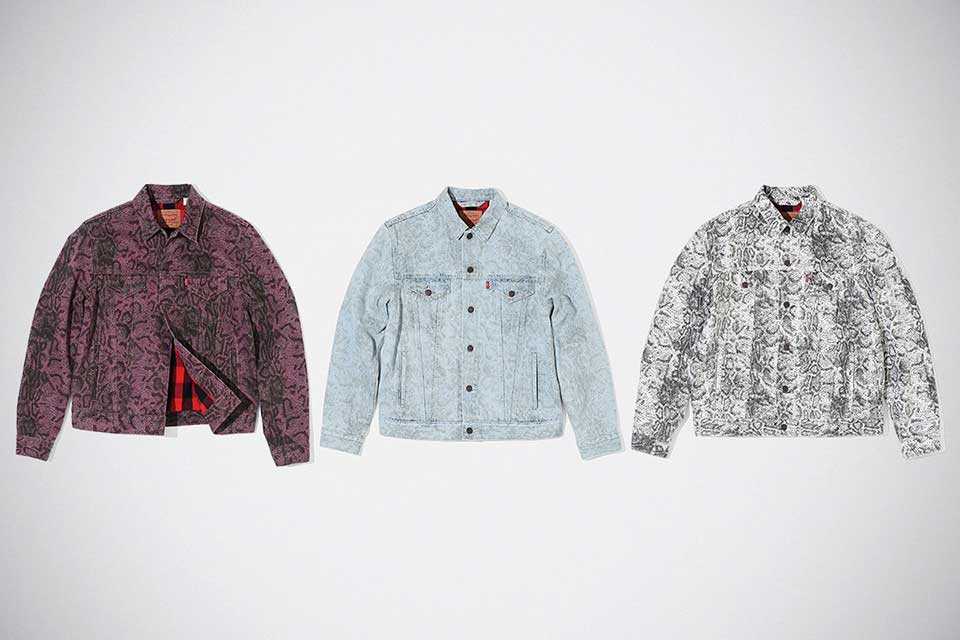 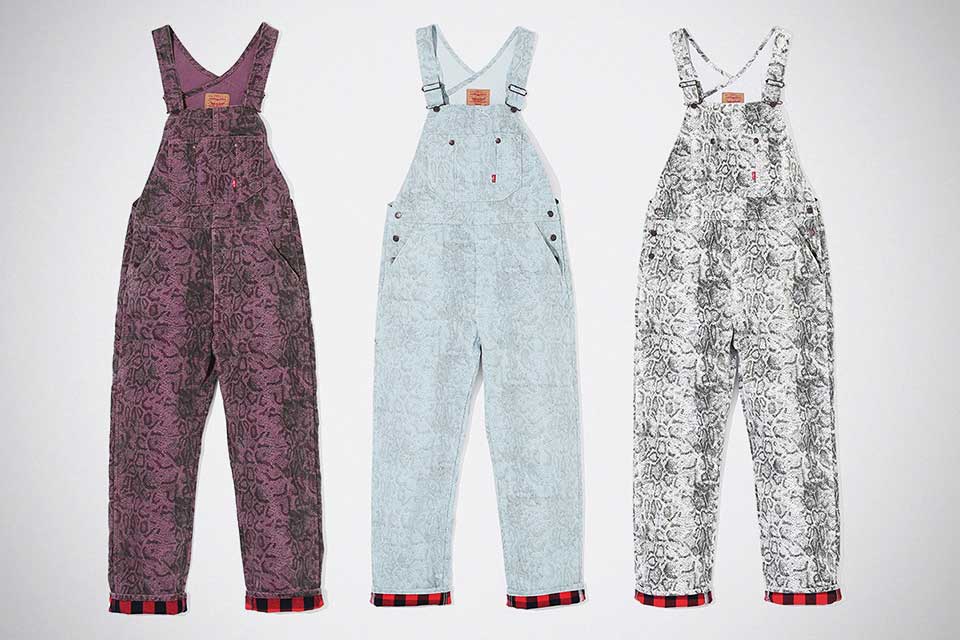 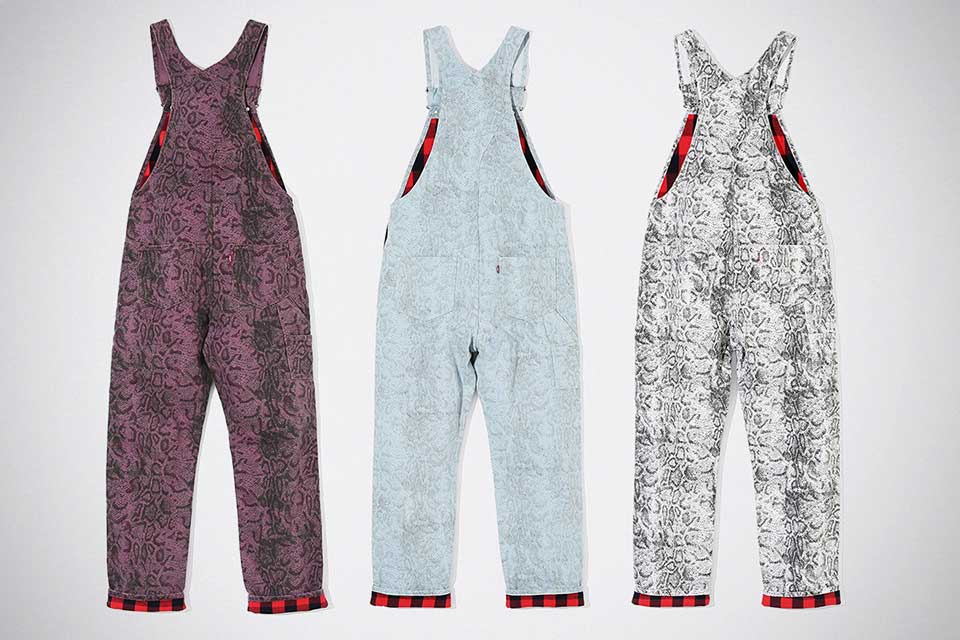