I am not sure if training a dinosaur is possible, let alone taming one that is reputed to be as ferocious as the infamous Velociraptor, but with the Jurassic World Alpha Training Blue Robot, you sure can. Based on “fan-favorite” Velociraptor from the Jurassic World franchise, this toy robot version of Owen’s pet dinosaur comes with a remote control that resembles Owen’s clicker in the movie and it boasts four modes of play, including Training Mode, Guard Mode, RC Mode, and Total Control Mode. Here are the details of what the different modes will do:

Training Mode:
An accelerometer in the ‘clicker’ allows Blue to mimic your hand movements. You can also throw her imaginary treats which she will devour accordingly. There are two sensors on her snout and under the chin that will react to your petting. Blue’s behavior will improve as continue to ‘train’ her, but if you does not spend enough time with her, she will, like many real creatures in real life, forget what she has been taught.

Guard Mode:
You can set Blue in a location and monitor movement. When any “prey” gets within a foot of her motion sensors, the controller will vibrate. Issue appropriate commands to warn intruders.

RC Mode:
You can take control of Blue using the joystick function of the controller just like you would with a RC vehicle. You can get her to move forward, backward, and side to side.

Total Control Mode:
In this mode, you can control Blue’s eyes, mouth and head movements – in addition to the controls found in the RC Mode. 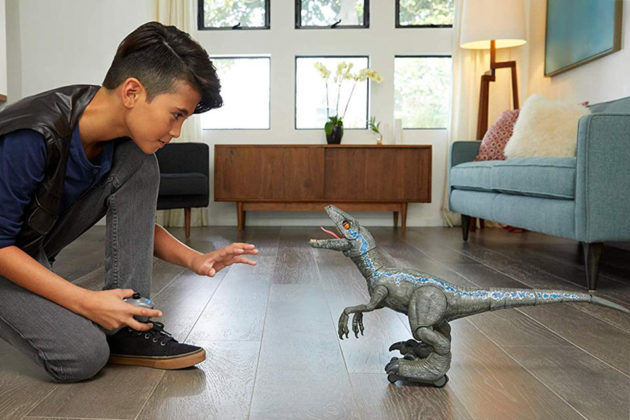 Mattel said Jurassic World Alpha Training Blue Robot offers “incredible life-like movement as she moves, blink, roars, chomps and responds to your commands.” Looking at the product previewed by CNET, it sure appears to do exactly as described, but we are bothered by two things. First, the joints are a little too obvious (and the screws are just awful to look at) and second, it does not really ‘walk’. Instead, Blue looks more like a Velociraptor on skates. 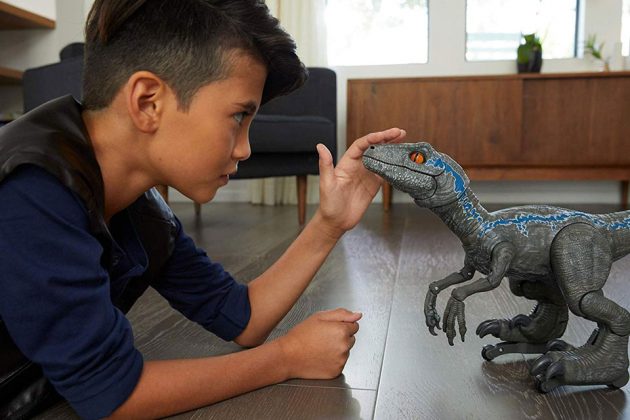 As for the joints and exposed screws, we wish it could be overlaid with a stretchy skin or something similar so that she look more like a real dinosaur than a robot. What the heck, perhaps Mattel should even consider throwing in some feathers, which dinosaurs were scientifically proven to have. This robot toy is powered by a rechargeable battery which gives you up to an hour of playtime per 30 minutes charge. It has a USB port, but it isn’t use for charging (charging is via RC-type connector). The USB port is for when the toy need software updates when they become available. 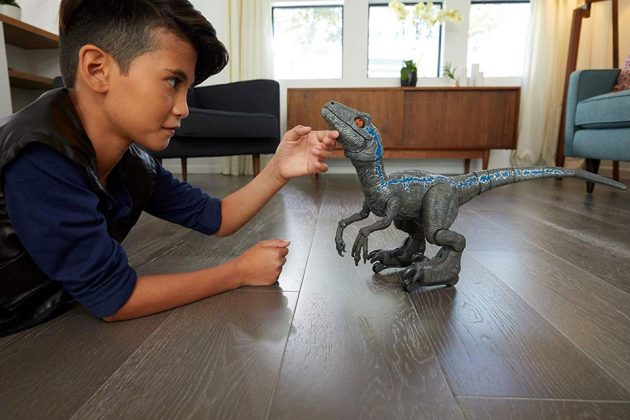 Jurassic World Alpha Training Blue Robot is expected to available this Fall in time for this year’s holiday season for around $250, but we heard you can pre-order it now on Amazon. 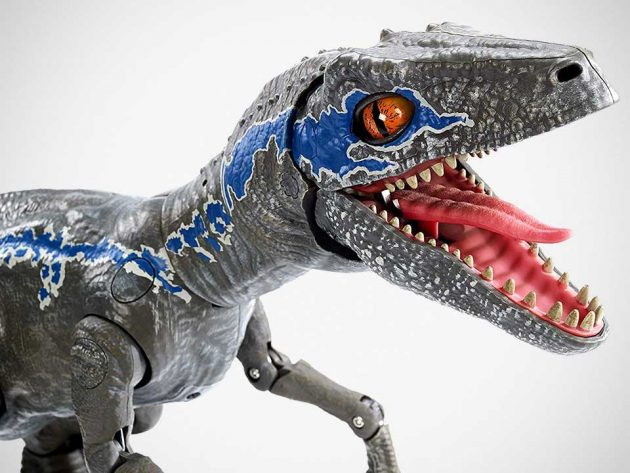 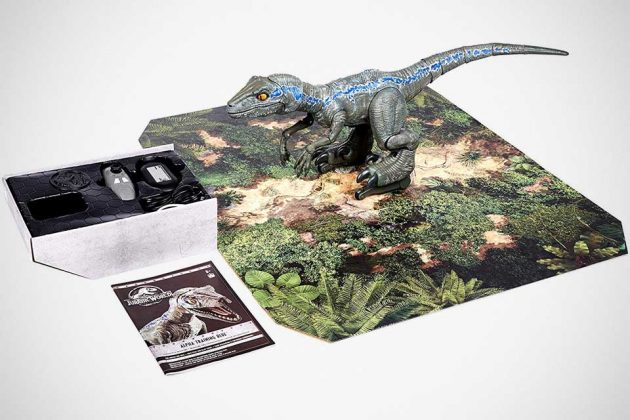 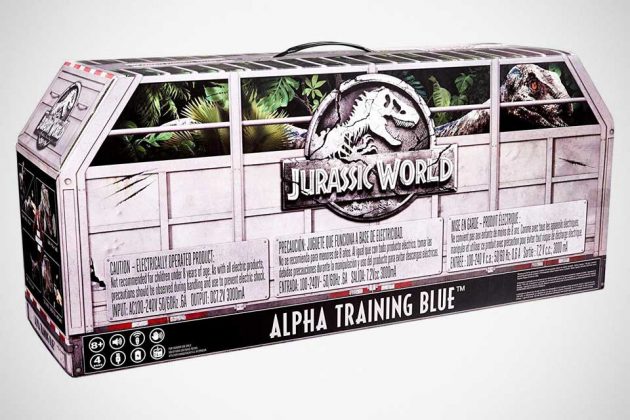