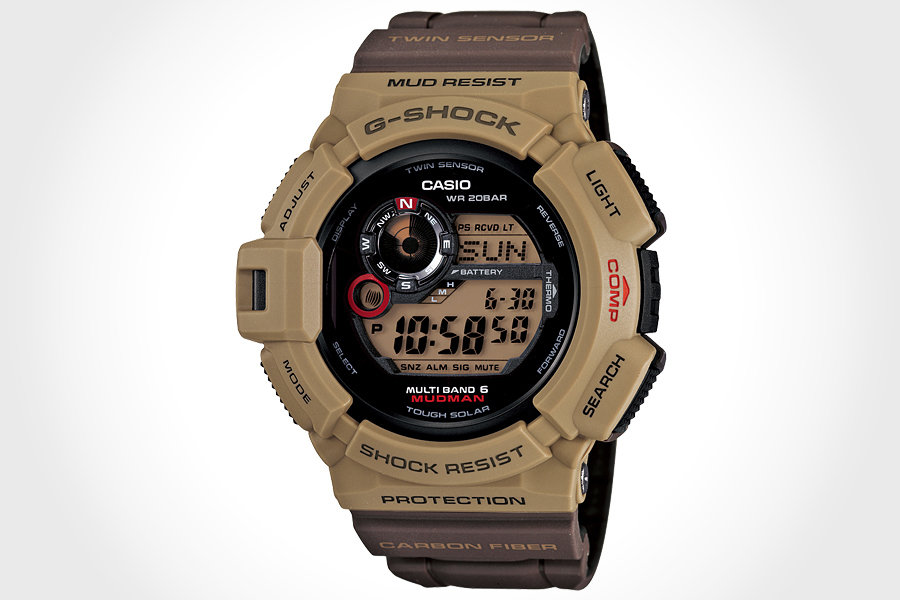 a year on after first introducing the world to the first Mudman (GW-9300-1JF), CASIO announced yet another Mudman (GW-9300ER-5JF) but this time, this new Mudman sports a colorway that we thought truly reflects its namesake. this second iteration sports a military brown-Khaki colorway and inherit the wholesome features of the original Mudman including the obvious G-SHOCK toughness, carbon fiber reinforce resin band, moon phrase data, compass, temperature measurement function, solar charging system (Tough Solar), radio signal receiver, battery indicator display and its inherent, dust and mud resistance build – just to name a few. the CASIO GW-9300ER-5JF Mudman G-SHOCK is expected to hit the stores this month with a price tag of ¥37,800 or about US$457.