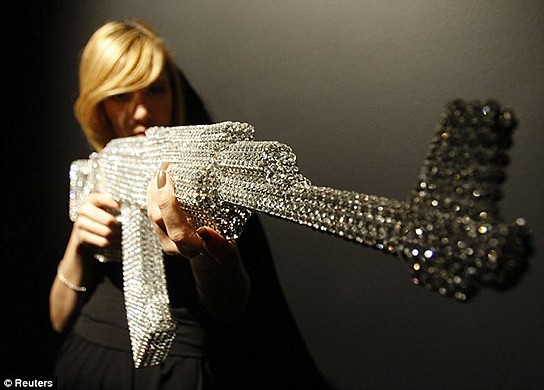 Swarovski crystals are usually associated with jewelries and more recently, it has been used to bling up gadgets. however, artist Nicola Bolla has a different idea on how Swarovski crystals can be applied to, albeit being a little ‘alternative’. these ‘alternative’ objects include an AK47 assault rifle and human remains which were exhibited at the Milan Design Week last week.

perhaps the highlight of Bolla’s latest art pieces was one installation dubbed ‘Ossuary’, which was made up of fifteen individual pieces – including skulls, a ribcage and thigh bones – “that supposedly represent the transience of human life.” an Ossuary is a place where bones of dead people are placed. gruesome find has never been such a pretty sight. the thing is, if you just see human remains in an ossuary setting, it will no doubt be associated with ‘gruesome’ but somehow it don’t feel as ‘gruesome’ when it’s encrusted in crystals or perhaps that just me.

what do you think? check out some images after the break to judge for yourself. 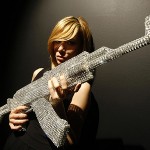 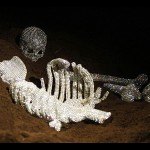 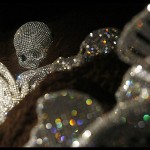