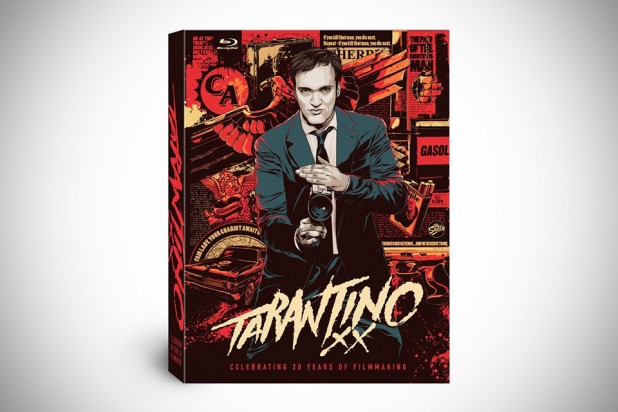 no, the Tarantino XX 8-Film Collection Blu-ray isn’t a Tarantino adult film (it has one less ‘X’, you see?). the ‘XX’ there points to the first 20 years that this redefining director has been in the business and as the name implies, the collection includes eight flicks personally selected by Quentin Tarantino that helped define his early success. the films chosen are what we considered as cult favorites spanning from 1990s right through to the first decade of 2000, including Reservoir Dogs (1992), True Romance (1993) – Director’s Cut, Pulp Fiction (1994), Jackie Brown (1997), Kill Bill Vol. 1 (2003), Kill Bill Vol. 2 (2004), Death Proof (2007) and Inglourious Basterds (2009). also included are two discs containing five hours of all-new bonus material such as a critics’ retrospective on Tarantino’s films that pretty much redefined cinema as we know it and “20 Years of Filmmaking” that take a look at Tarantino’s career from the beginning with interviews from co-workers, critics, stars as well as master filmmakers. all these presented in modern day, high-definition Blu-ray quality, along with sound formats such as AC-3, Dolby and DTS Surround Sound. the Tarantino XX 8-Film Collection Blu-ray is available now for $89.98. check out the product trailer after the break and oh, do yourself a favor, watch in HD quality.