The forties wasn’t the happiest decade for the world, but still it brought us Winston Churchill, Velcro, Tupperware, Jeep, and than there was this relatively unknown but awesome Jetsons kind of futuristic vehicle called GM Futurliner Vehicle Carrier. Futurliners started as purpose-built vehicle for the 1939 New York’s Fair and they were used in GM’s Parade of Progress campaign, touring North America to educate the masses on subjects like jet travel, agriculture, traffic engineering, stereos, televisions and even microwave oven. It was essentially a mobile roadshow vehicle of the 40s. 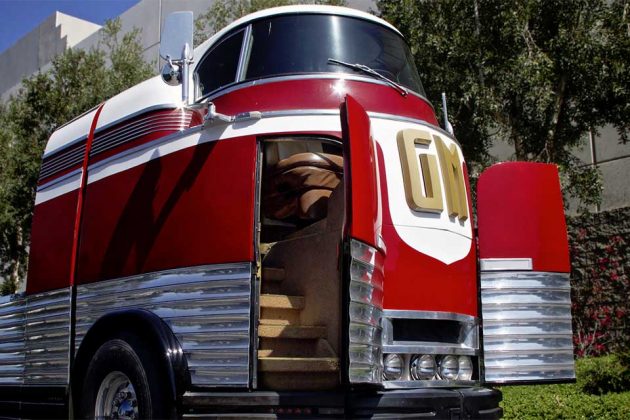 Anyways, to cut long story short, 12 Futurliners were built and this particular example here is No. 5, which was converted to be a vehicle carrier, outfitted with the requisite cargo bed that stretches 29 feet long and decked out wooden load floors, rear clamshell bed access, and hidden folding hydraulic ramps. Some modifications were made to arrive to what it is today, including a tilting cab, a set of 20,000-pound air-sprung front and rear axles, and a more powerful drivetrain that comprises of NTC 855/230 HP Cummins diesel engine mated to an Allison 600-series 6-speed automatic gearbox. So, yea, this beauty here may be seven and a half decade old, it still have both the grunt and the look that makes it a serious head turner in 2016 and beyond. 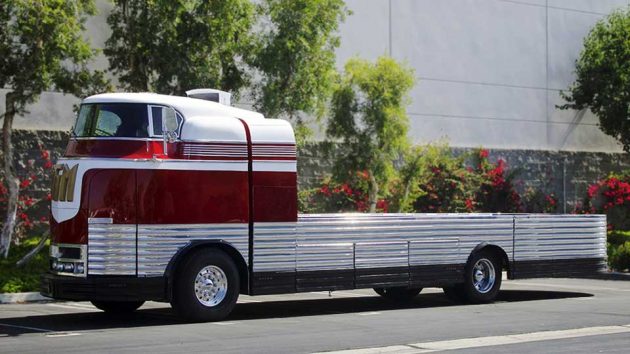 GM lettering adorns the cab nose of the now-tiltable original Futurliner cab and it gets free air too, along with a 200-gallon fuel capacity, train horn, 12,500-watt Onan generator, and finally rounding up with 240V flood lights. If you are looking for a head-turning ride to bring your other head-turning car to a car show, then this 1941 GM Futurliner Vehicle Carrier could be it. And now for the good and bad news. The good news is, this custom one-off Futurliner Vehicle Carrier will be in the open market and the bad news is, it is going to cost you, like a lot. The vehicle will be going on the block at Mecum Auctions’ Monterey sales where it is expected to fetch a whopping $800,000-1,000,000. 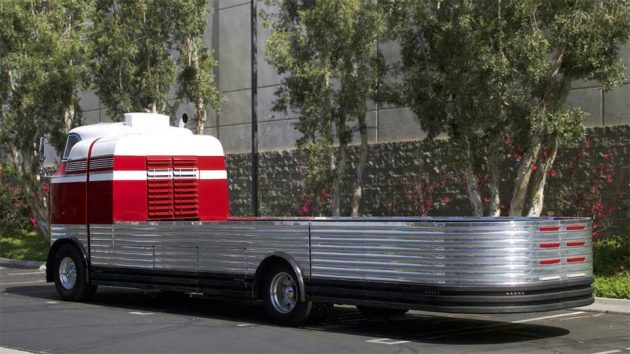 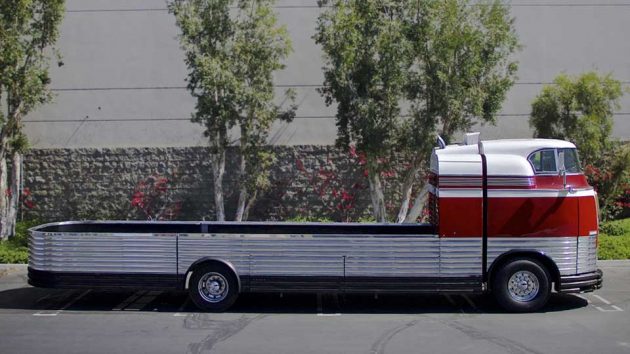 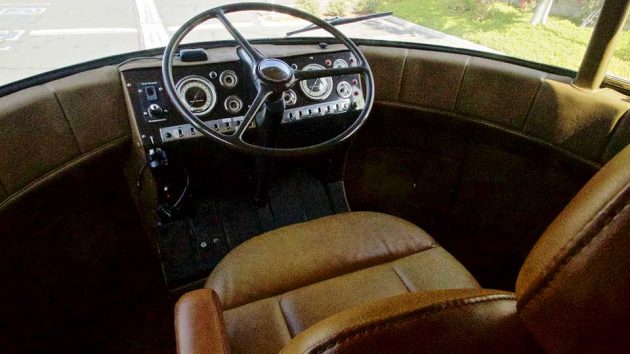