you have tried all ways and means to cut the bulge on your pocket with minimalist wallets, but there is one thing that you have yet to deal with that might be causing that uncomfortable bump and jiggling – especially when you are jogging – and that’s the keys. most keychains are made up of a ring that hooks up with several keys, which led to a free-moving bunch that results in the sometime irritating jiggling and also the bulge. amazingly, there aren’t any solutions to resolve these two ‘age-old’ issues – until now. finally, a dude by the name of Daniel Farkas decided to take up the challenge and came up with a solution known simply as TIK (acronym for Thin Is Key). 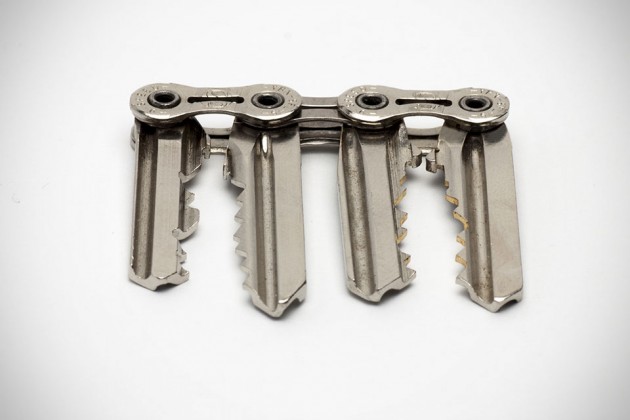 however, the TIK ain’t your typical keychain; in fact, though minimal, it is an advanced keychain that involves streamlining the key by getting rid of the head which is one of the culprit of space consumption and then integrating it to a series of repurposed bicycle chain. the result is a super lightweight and super thin keychain that allows the attached head-less keys to move in only one plane. in this way, it strikes off the aforementioned two problems of free-moving keys that causes all the ding and also turn it into a package so small that you could only dream off previously. when you use one of the several keys attached to the TIK, the rest of the keys and their corresponding bike chain forms a larger grip surface proving the leverage to turn the selected key. 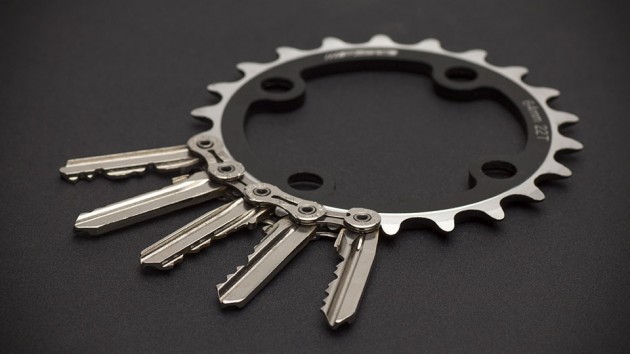 most importantly, it keeps everything neat and tidy, and looks super rad too. there is a catch though, there are no head-less key blanks in the market to fit TIK and hence you will need to specify the type of blank keys to be on the TIK. once you have that settled, you will need to bring your TIK to your local locksmith to duplicate the keys. right now, Farkas is offering 48 of the most popular key blanks used in the U.S., which you have to manually match them with the identification guide. i have tried matching my keys and i have to say there’s quite a bit of ground to cover here. you most certainly don’t want to get it wrong on this part. but first, TIK has to make the minimum funding goal it has set on Kickstarter in order for the product to materialize. in any case, if you love the idea, you can pledge your support by chipping in $49 or more at its Kickstarter campaign page.

UPDATE [July 27, 2014 11:34PM PDT] unfortunately, TIK didn’t meet the mark it has set on Kickstarter, but its maker is a passionate folk who is determined to bring TIK to you folks, one way or another. if you are keen, you can sign up to be notified of TIK’s availability HERE. 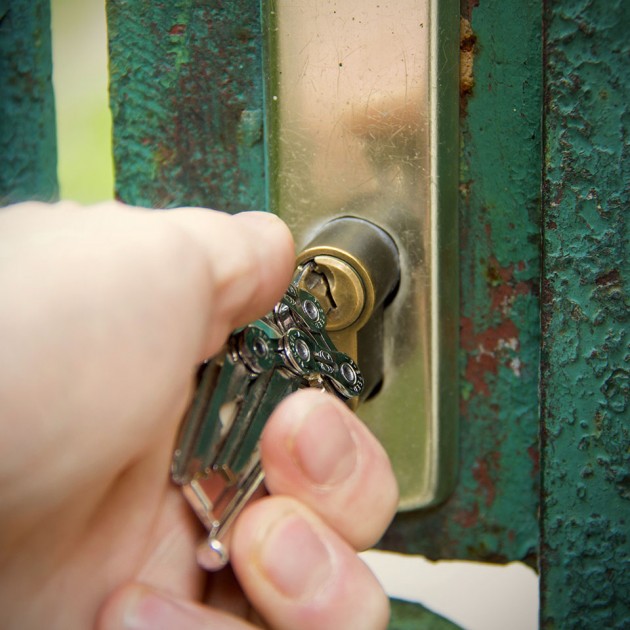