lately, there have been quite a lot of talk about turtles – in particular, those that stands 6 feet tall and talks. partly because it is a reboot since like forever and it ditches chunky costumes in favor of CGI, and also, Megan Fox was in it. nah. how’s that even possible? anyway, the flick garnered even more talks when it surprised the industry with its box office taking over the weekend. but all those probably has nothing to do with custom video game systems maker Platinumfungi aka Ryan Fitzpatrick’s latest creation known as TMNT Party Wagon NES. as the name implies, it is the classic Nintendo game console custom build into the Teenage Mutant Ninja Turtle‘s Party Wagon. the Party Wagon here is naturally, the toy version of the half-shell heroes’ transport of choice, which took Ryan a good one month to figure out how to massage a working NES into the van. 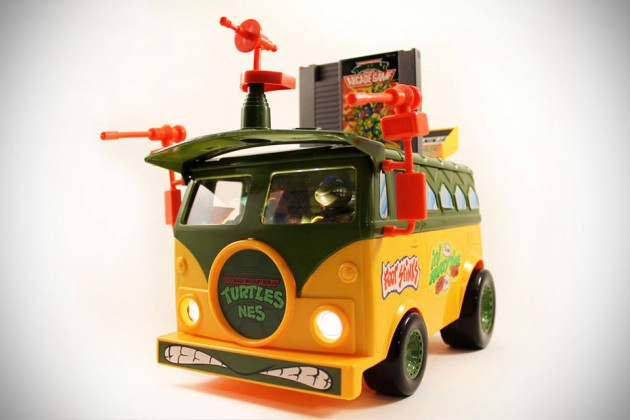 the Party Wagon where the NES now resides features light up headlights and passenger compartment (pretty eerie, if you ask me), new ‘glass’ windows, new steering wheel, moveable/removable guns, radar, and armored windshield, and more. the game controller ports can be found on the right of the vehicle at the door, while power and a/v cables are located at the back, seamlessly integrated with the ‘exposed engine’ (which is really just decal). the power and reset buttons are discreetly located on the roof of the van, in front of the game cartridge slot. wrapping up the custom setup are matching, custom painted game controllers that shares the same color scheme as the Party Wagon. pretty cool stuff. the TMNT Party Wagon NES is not available off-the-shelves, but Platinumfungi is more than glad to create one for you, or just about any custom one-of-the-kind video game systems. as for pricing, it will be on request depending on your requirements. 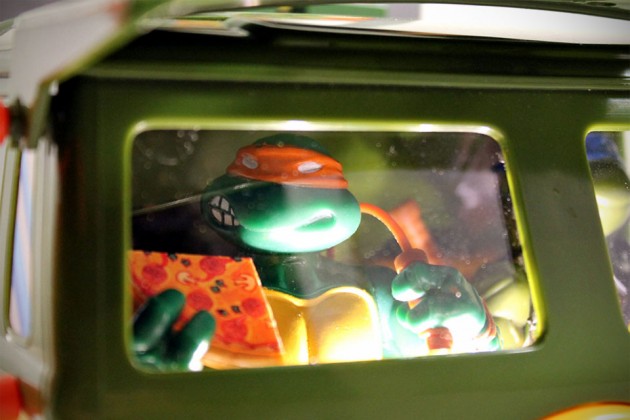 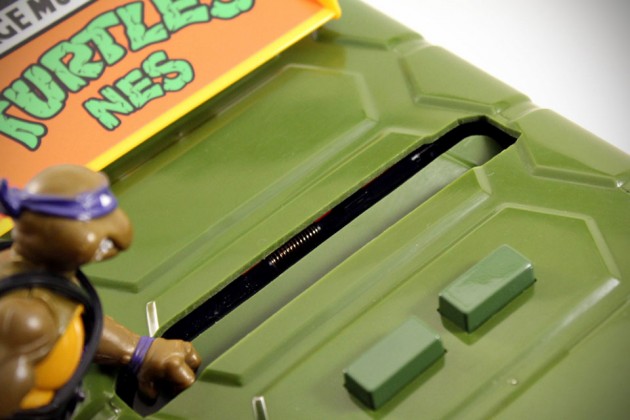 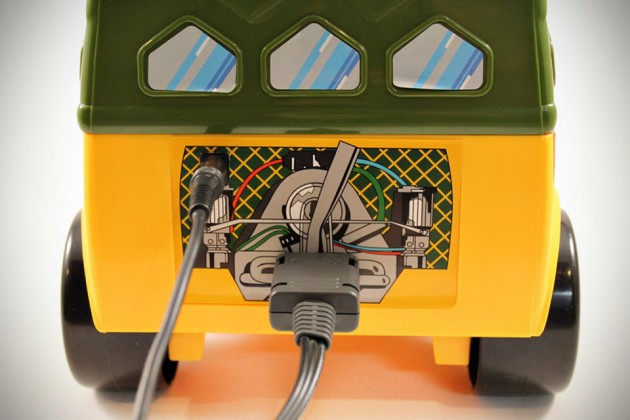 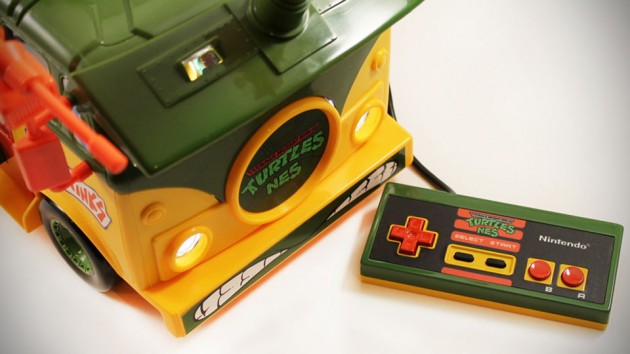 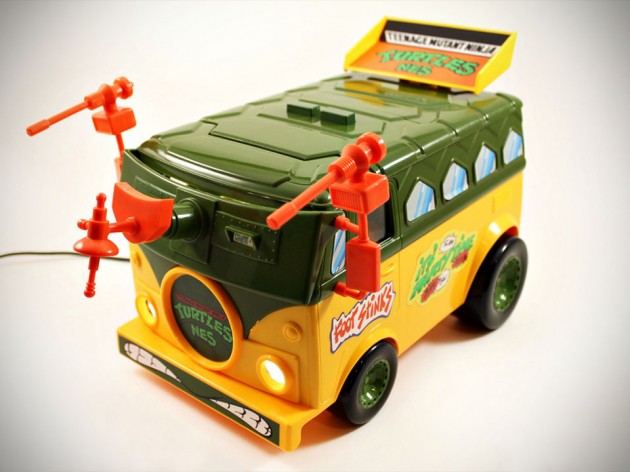